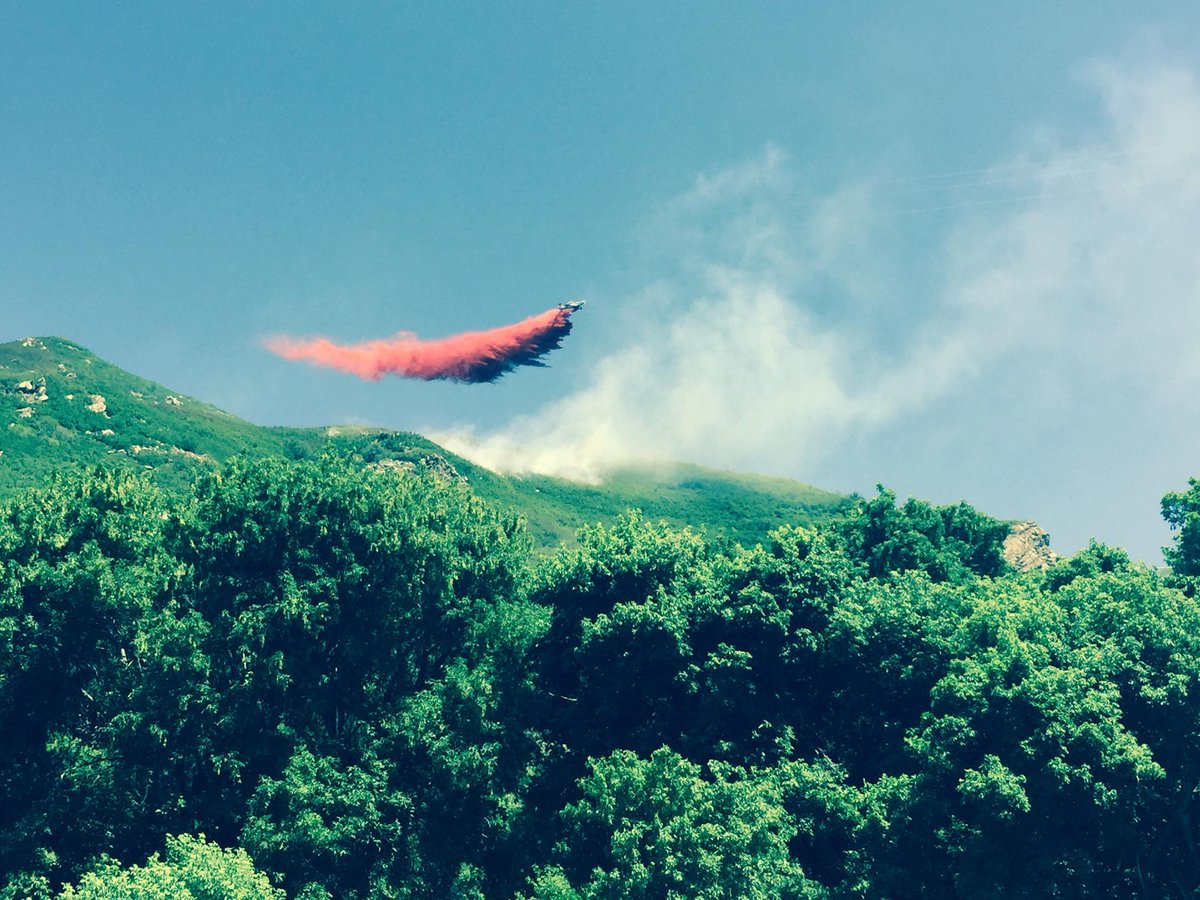 The Canyon Fire started at about 2 p.m. Monday. The blaze forced Interstate 84 westbound to close at mile marker 90 temporarily. There were also lane restrictions throughout the afternoon as emergency vehicles were brought in to assist.

According to Utah Highway Patrol, the fire was started after sparks from a Union Pacific train ignited a small brush fire on the north side of the tracks. The flames spread due to increasing winds causing the blaze to climb up the mountainside.

According to the Weber Fire District, the blaze is 52 acres and 70 percent contained.

Ninety personnel, two hot shot crews and three helicopters are on scene. Crews are expected to be off the mountain by 9 p.m., according to a fire district tweet.

A video below shows a Type 1 helicopter doing a water dump on the flames.

Here is the Type 1 helicopter in action at the Canyon Fire. pic.twitter.com/0iRDN7N7ok