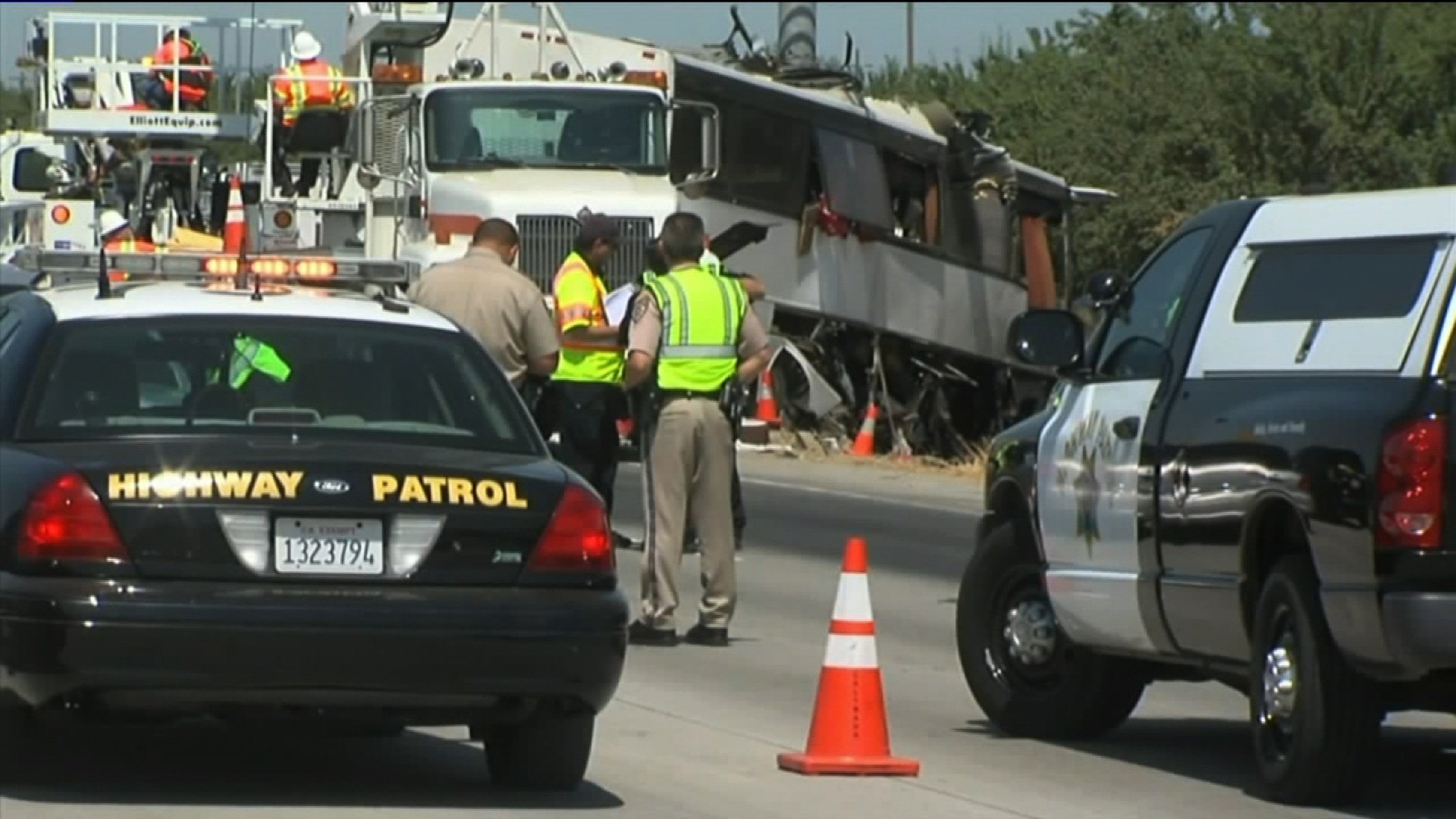 (CNN) — A bus nearly split in half after plowing into a sign pole on a California highway, killing four people aboard and closing the road for hours as authorities investigated the deadly crash.

“This is a catastrophic event. … This is almost like a once-in-a-lifetime occurrence,” California Highway Patrol spokesman Moises Onsurez told CNN affiliate KCRA-TV in Sacramento.

The investigation into what caused the crash, he said, will be “very intricate and long.”

Investigators haven’t determined what caused the bus to veer into the exit sign pole. Initially authorities reported the Tuesday crash had killed five people. But they revised the official death toll to four Wednesday, said Brian Hawkins, commander of the California Highway Patrol in Merced.

The bus made a “turning movement” before slamming into the sign pole near Atwater around 3:30 a.m. Tuesday, Onsurez told CNN. The pole sliced halfway through the bus, he said.

“There were people crying and the bus was split open,” 12-year-old passenger Jennifer Rivera told KCRA. “Some man pulled me up because I was stuck.”

The bus was traveling north on Highway 99 from Mexico on the way to Washington state, CNN affiliate KFSN-TV in Fresno reported.

There were about 30 passengers on board. At least six people were airlifted to hospitals, Onsurez told KCRA, and ambulances transported seven others with injuries.

CNN’s Steve Visser and Amanda Watts contributed to this report.