(CNN) — At least 33 people were killed Monday when a passenger bus skidded off the road and plunged down a hill in Nepal’s Kavrepalanchok district, authorities said.

Twenty-seven bodies have been identified, and search operations have ended because rescuers think all the victims have been found, authorities said.

“Bodies are scattered all over the sloppy hill, so security personnel are having difficulties collecting bodies and rescuing the victims,” Sharma said.

“It is a narrow, gravel road,” Panthi said. “We are looking into the possibility of overcrowding of the bus being the cause of accident. We can come to a final conclusion only after the investigation is over.”

In another accident Monday in western Nepal, three people died and 30 were injured when a bus slipped off the road and plunged 200 meters (more than 650 feet) down a slope, Nepal Home Ministry representative Yadav Koirala said.

In 2012, an overloaded bus plunged into a canal, killing at least 35 people, police said. That wreck happened in the Nawalparasi district, about 150 kilometers (93 miles) southwest of Kathmandu. 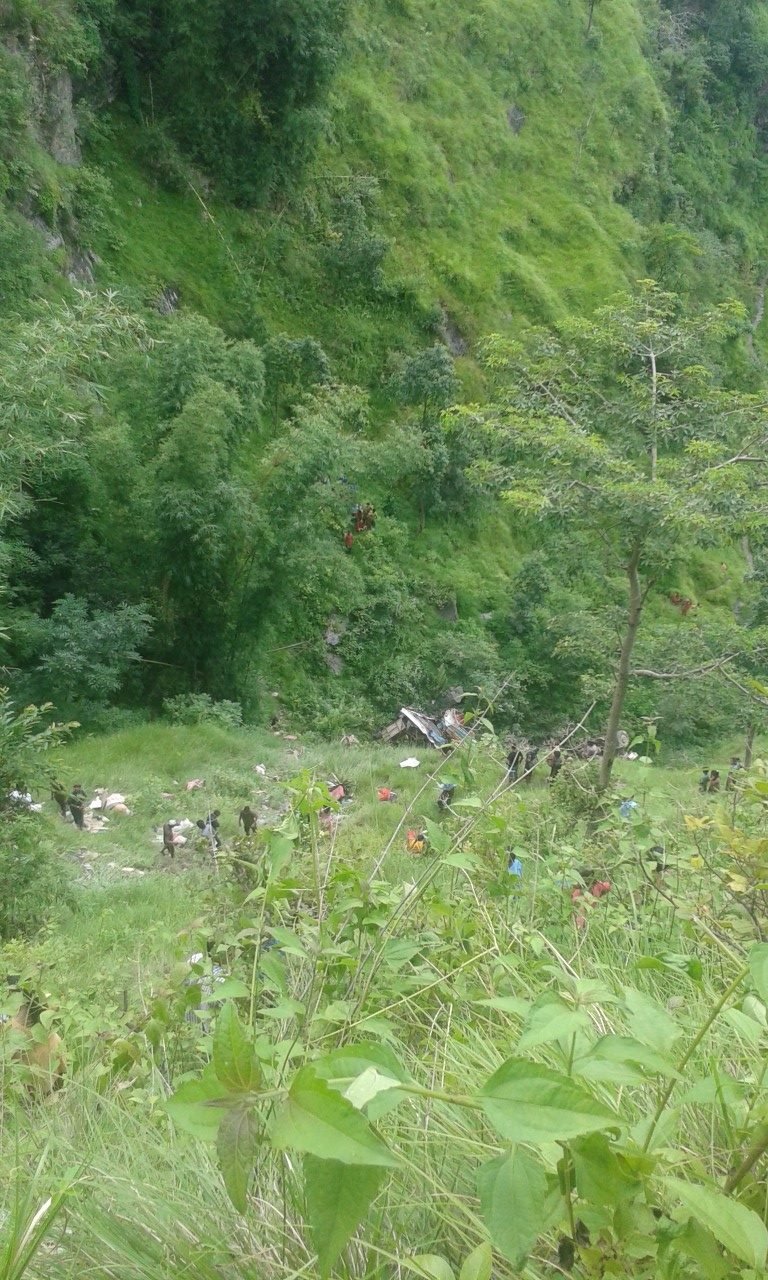