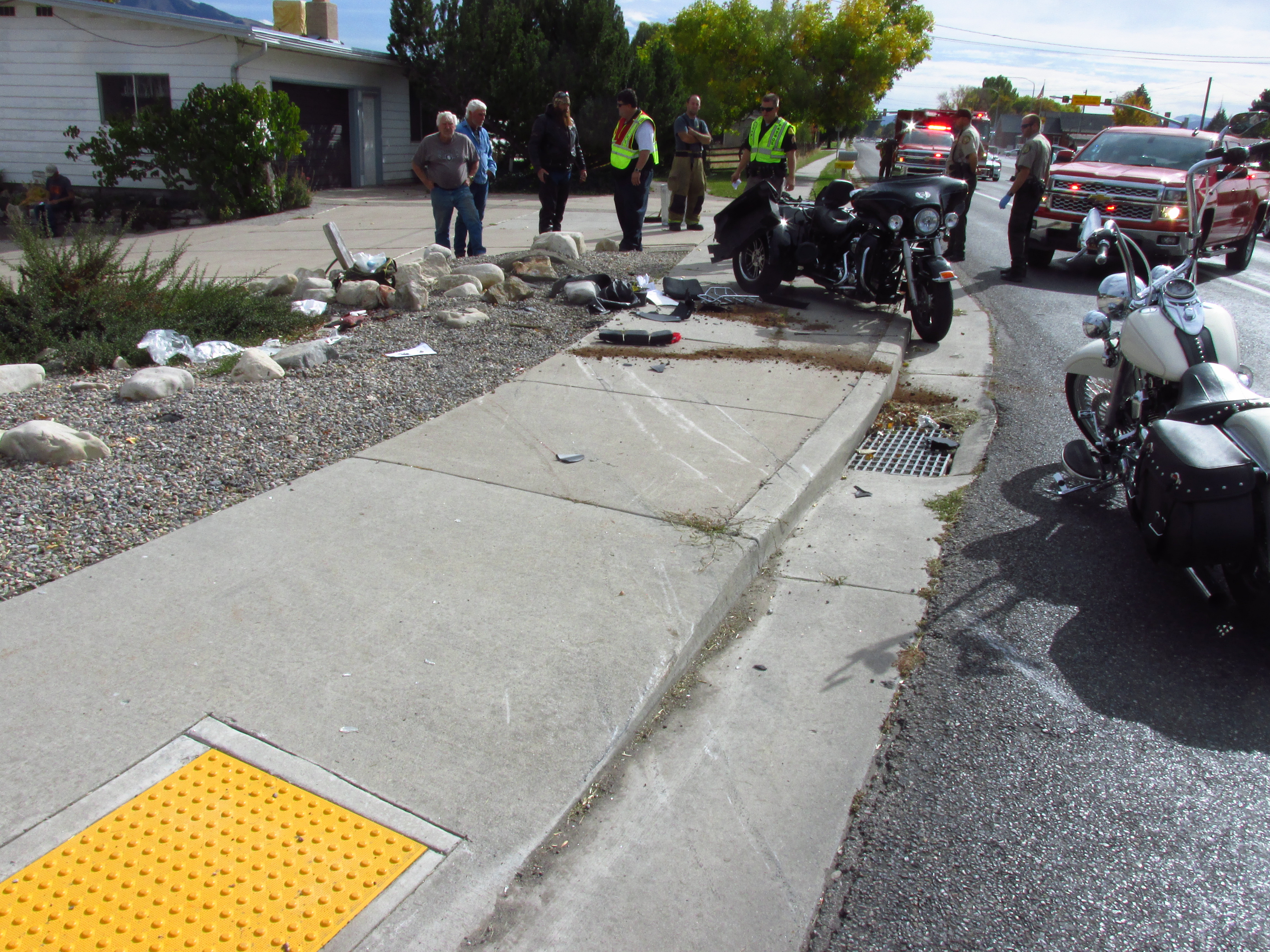 The crash occurred on State Route 165 at mile marker 8. At about 2:48 p.m., Vern Monson, 67, was traveling south on a 2009 Harley Davidson trike motorcycle. At 3100 South, he attempted to turn left, according to Utah Highway Patrol.

UHP states Monson came to a stop to let traffic pass then accelerated to make the turn.

“Witnesses say the vehicle went onto two wheels part way into the turn, then overturned, crashing into the curb and into a rock garden next to the sidewalk,” according to UHP.

Monson was thrown from the motorcycle during the roll and sustained severe head trauma.

Authorities say Monson was wearing leather chaps but was not wearing a helmet.

“It appears that he may have popped the clutch or otherwise accelerated too quickly into the turn,” according to UHP.