Last Monday a semi hauling dozens of pigs poured them onto the roadway when it overturned on I-15 in the Virgin River Gorge.

The driver was not injured; not all of the pigs made it.

PETA sent a letter to the Arizona Department of Transportation asking to post a tribute to the animals at the crash scene.

The tombstone features an image of a pig and reads, “In memory of the pigs who suffered and died at this spot. October 2016. Try Vegan.”

The group said it hopes the memorial will encourage others to choose an animal-free diet.

So far, there is no word from the department of transportation. 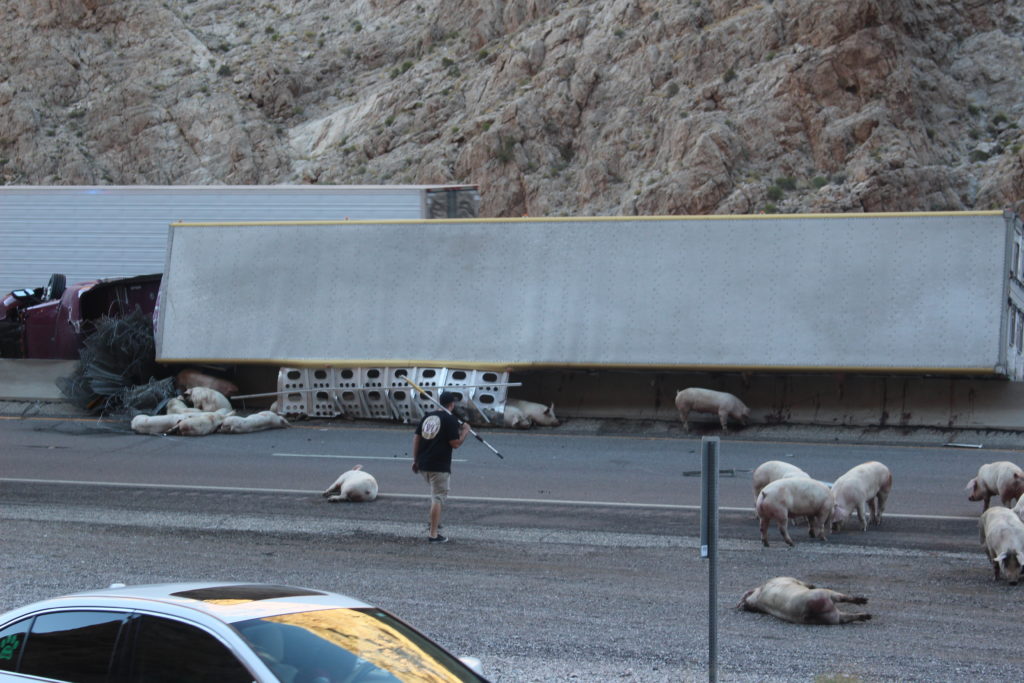