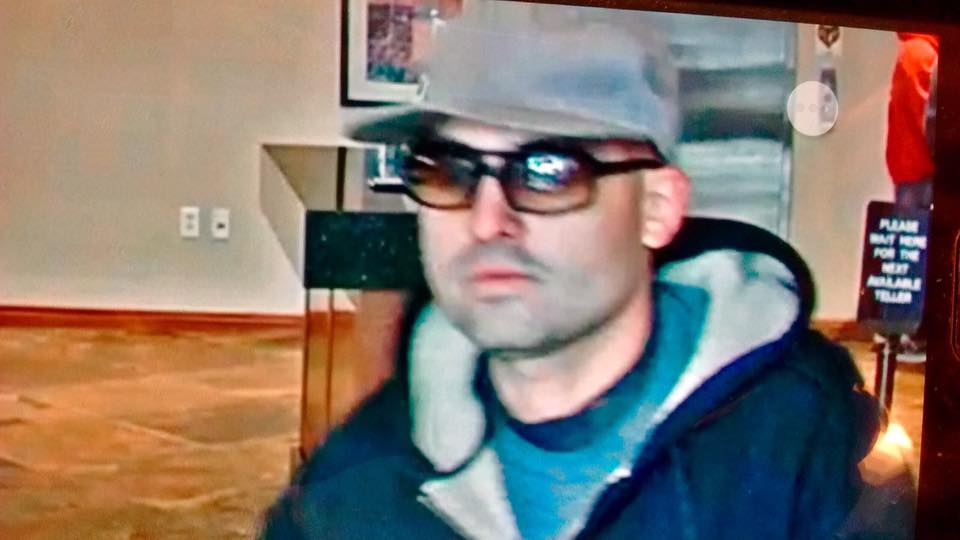 UPDATE: According to the Elko County Sheriff’s Office and Ogden Police Department, the suspect in the robbery is 30-year-old Anthony Martinez, who was also involved in a shootout with police in West Wendover later Thursday.

Ogden PD stated that as of Friday afternoon the suspect, whose full name is Christopher Anthony Martinez, remains in critical condition following the shooting.

Police found cash stolen during the bank robbery inside the vehicle used by Martinez in West Wendover after the standoff ended and a potential explosive device was cleared. Click here for more on that story.

OGDEN, Utah — Police in Ogden are hoping the public can help them identity a man who allegedly robbed a credit union Thursday afternoon.

According to the Ogden Police Department, the robbery occurred at 12:20 p.m. at a Mountain America Credit Union at 321 East 2nd Street.

The man demanded cash from a teller, indicating he had a gun though no weapon was displayed. The man fled after receiving an undisclosed amount of cash. He left in an unknown direction, and police aren’t sure if he fled on foot or if he eventually got in a vehicle.

The man is pictured above and is described as an adult white male in his early 30s. He is between 5-feet, 7-inches and 5-feet, 9-inches tall and weighs about 170 pounds. He was wearing a black hooded zip-up jacket, a tan ball cap, a blue T-shirt, sunglasses, blue jeans and dark tennis shoes that have light blue soles.

Anyone who recognizes the man or who was around the credit union around the time of the robbery and may have witnessed anything is asked to call Agent VanderWarf of the Ogden PD at 801-603-6904.