SALT LAKE CITY — A 3-year-old girl who was the subject of an Amber Alert issued Tuesday in Salt Lake City has been found safe in Hawaii.

Police said 3-year-old Juliette Cuadra was found with her non-custodial mother, 26-year-old Shantel Cuadra, on the island of Kauai.

The girl was supposed to go back to her father on November 1, police said, but she never arrived.

Police said they had reason to believe the girl is in danger.

The mother and child had been last seen at a home in Murray Monday night. 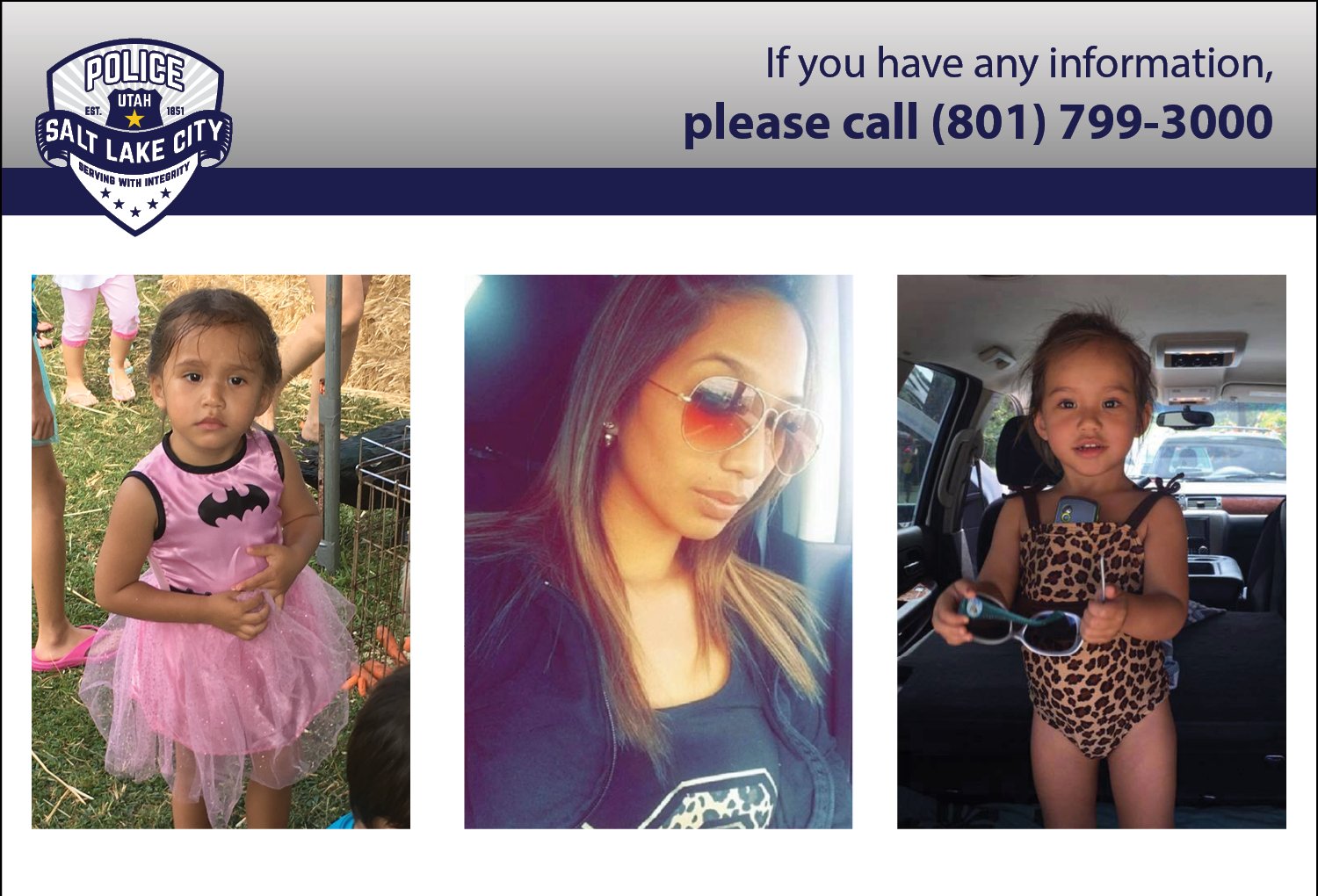