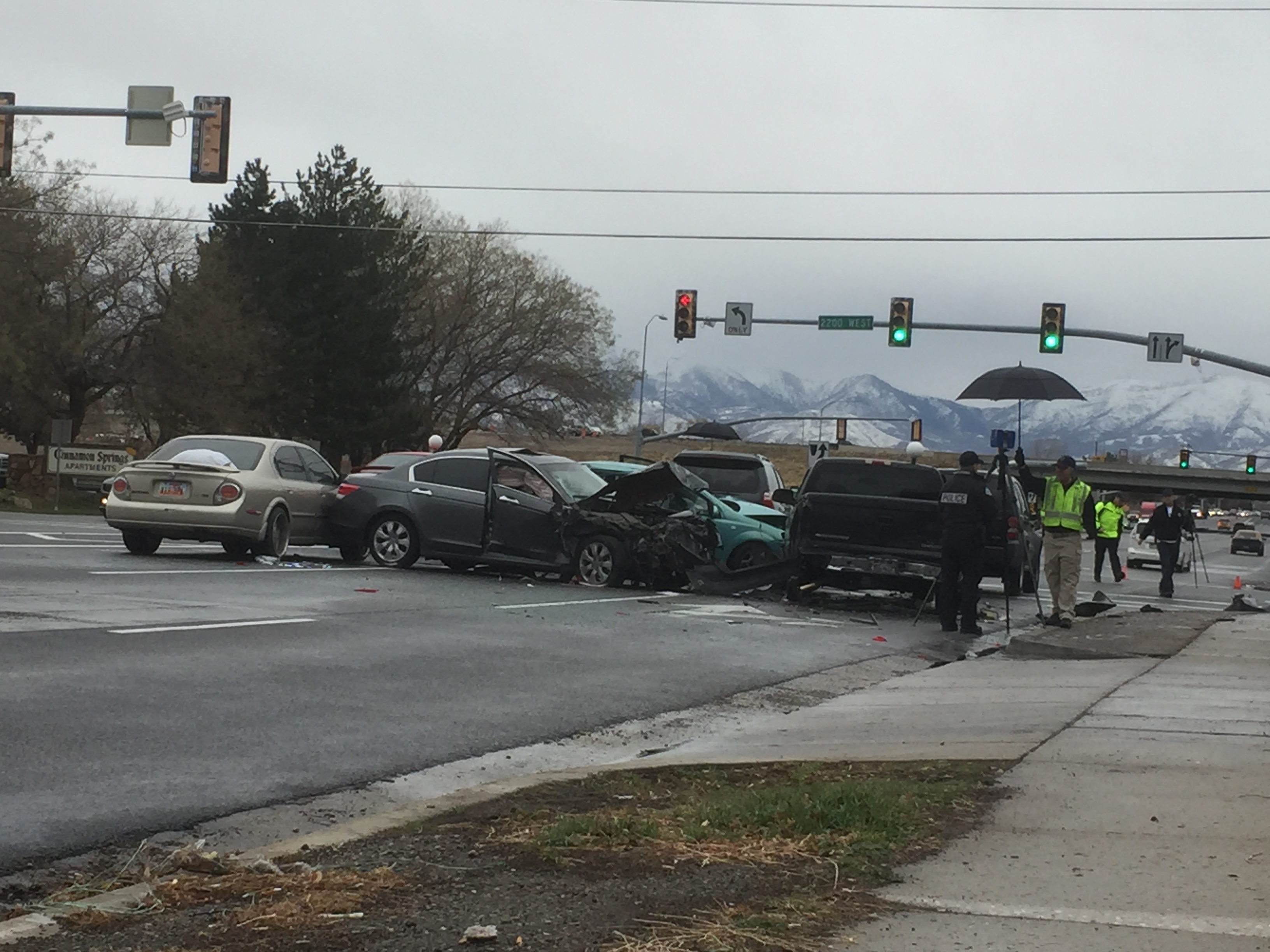 TAYLORSVILLE, Utah – There was an eight car pileup at 4700 South and 2200 West Saturday morning, and two people suffered serious to critical injuries.

United Police Department PIO Jared Richardson says it appears the crash may have been caused by a driver who was under the influence of drugs and/or alcohol.

Several cars were stopped at a stop light, when the suspect vehicle crashed into at least one of them at a high rate of speed, according to Officer Richardson.

That set off a chain reaction involving a total of eight vehicles.

Six people were transported to area hospitals. Officer Richardson says one person was in critical condition, and another person was critical but was later upgraded to serious condition. The other patients suffered bumps and bruises.

Investigators are on scene trying to determine exactly how the accident happened.