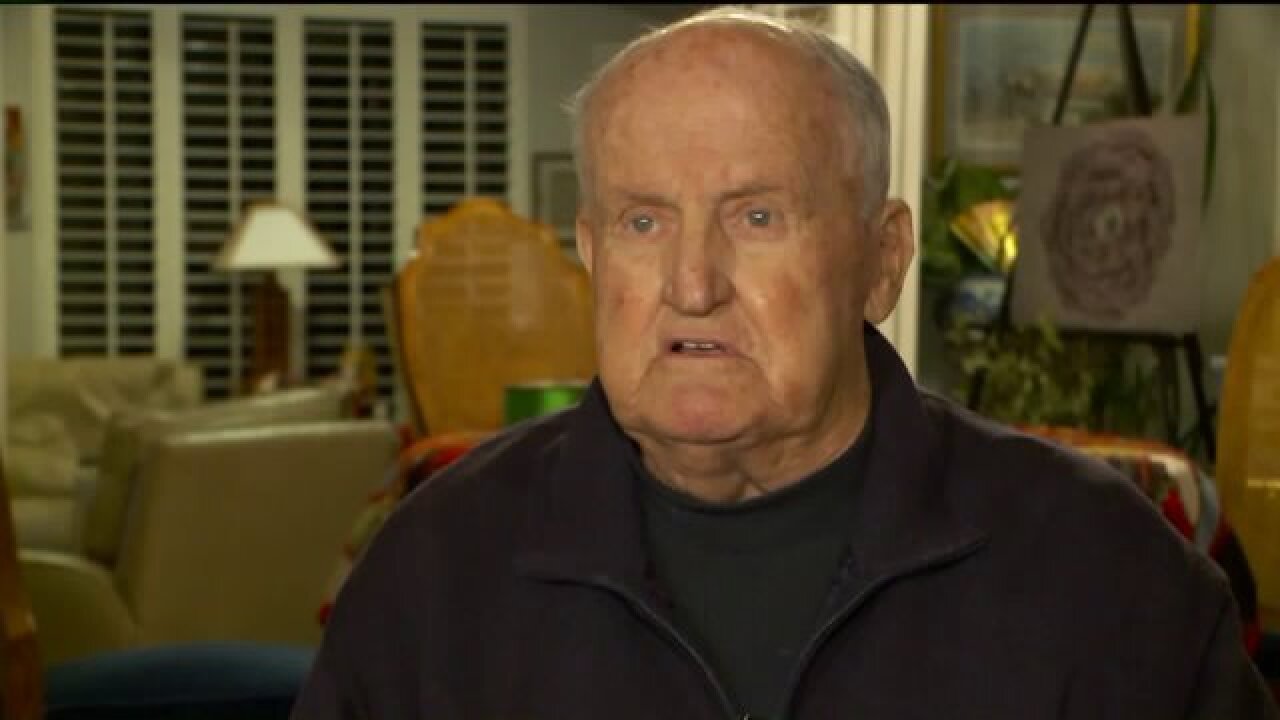 PROVO, Utah — Former BYU football coach LaVell Edwards has passed away at the age of 86, according to BYU Sports Nation.

"Over his 29 seasons as the head coach at BYU, Edwards recorded 257 victories, ranking as the sixth all-time winningest coach in college football history. Under his direction, BYU recorded 10 straight WAC championships from 1976 through 1985. The Cougars also played in 17 straight bowl games from 1978 until 1994," his BYU Cougars bio says.

Edwards was inducted into the National Football Foundation and College Hall of Fame in 2004.

In 2000, the football stadium at Brigham Young University was renamed from "Cougar Stadium" to "LaVell Edwards Stadium" as Edwards retired.

Ron McBride, a  former football coach at the University of Utah and Weber State University, told FOX 13 he had planned to visit Edwards in southern Utah after learning Edwards had broken a hip last week. Watch FOX 13 News later in the day to hear more from McBride.

Julie and I share the tremendous sense of loss felt by so many in our community over the death of LaVell Edwards. He touched countless lives, including mine, in a profound and positive way. I feel so fortunate to be among the many young men Coach Edwards influenced and molded during his storied career at BYU. My life is forever changed by my experience on his team. He leaves behind a legacy of success on the field and off. He was a man of integrity whose example we all wanted to emulate. He will be greatly missed.

I am deeply saddened by the passing of my good friend, LaVell Edwards. Coach Edwards was a gentle giant of the gridiron—a humble yet confident leader who guided the BYU football program through decades of unprecedented success. He was a champion both on and off the field. For thousands of athletes and millions of fans across the nation, LaVell was far more than a steady presence on the sideline; he was a visionary leader, a father figure, and a trusted friend. I will be forever grateful for my own friendship with LaVell Edwards. He was not only one of the most successful coaches in college football history but one of the greatest men I ever knew. Today, my prayers are with Patti and all members of the Edwards family.

Sorry to hear of Lavell Edwards passing. True mentor and friend. His personal influence will be with me forever.

We are sad to hear of LaVell Edwards' passing. He helped make great memories for Provo residents & BYU fans. Our condolences to his family.

Statement from U of U Football Coach Kyle Whittingham

Heartbreaking to hear the news of LaVell's passing. He made such a positive impact on so many lives & was a loyal family friend.