‘I tried to kill him’: Pistol-packing granny faces down armed intruder 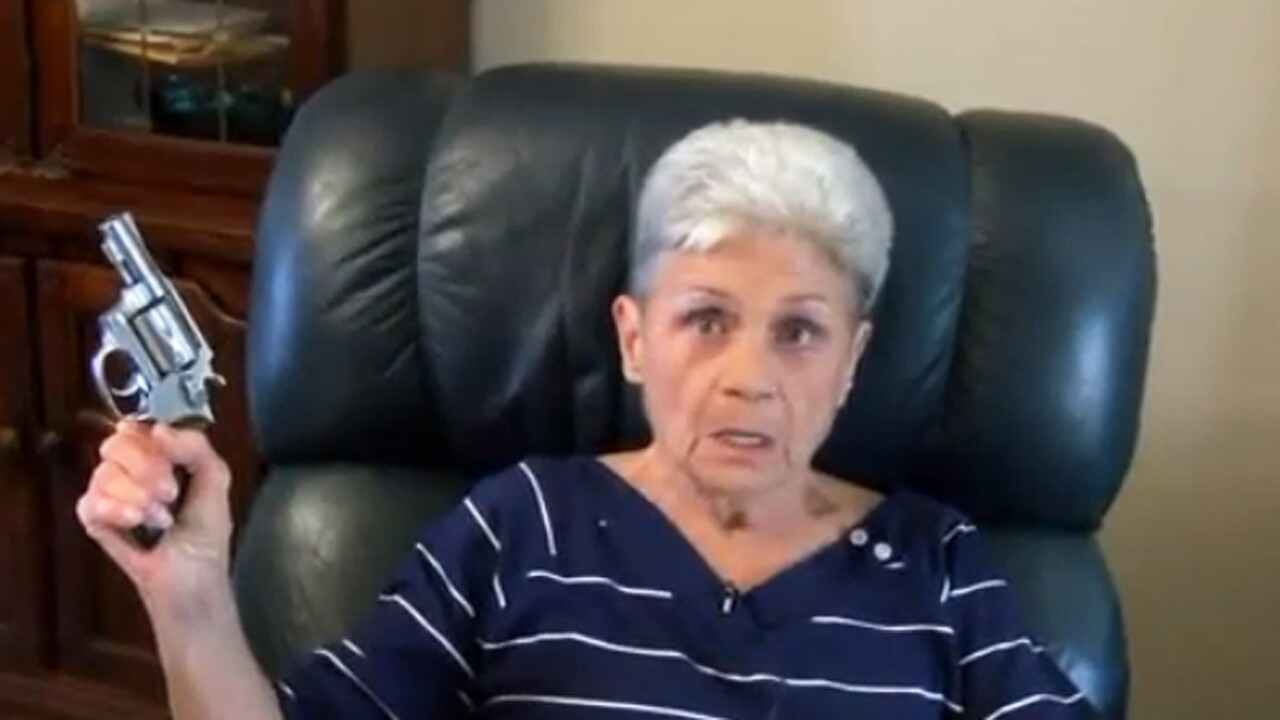 BOWIE COUNTY, Texas -- A 74-year-old Texas woman gave a would-be robber a taste of his own medicine Sunday night when she turned the tables and pulled a gun on him.

Rebbie Roberson was watching television when she came face to face with an armed intruder, KSLA reports.

When she realized what was happening, she grabbed her gun from a nearby table.

"I reached over there and grabbed this gun and when I swerved around I pointed it at him and he ran," Roberson said.

Her .38-caliber in hand, she ran after him, firing the weapon. Roberson said she's not sure if she hit the would-be robber or not, but she has the bullet holes in her wall to prove she tried.

Investigators say they have no problem with the pistol-packing grandma's actions.

"It could have been worse for both individuals, both the victim and the suspect," said Bowie County sheriff's Chief Deputy Jeff Neal.

Police are still searching for the intruder.