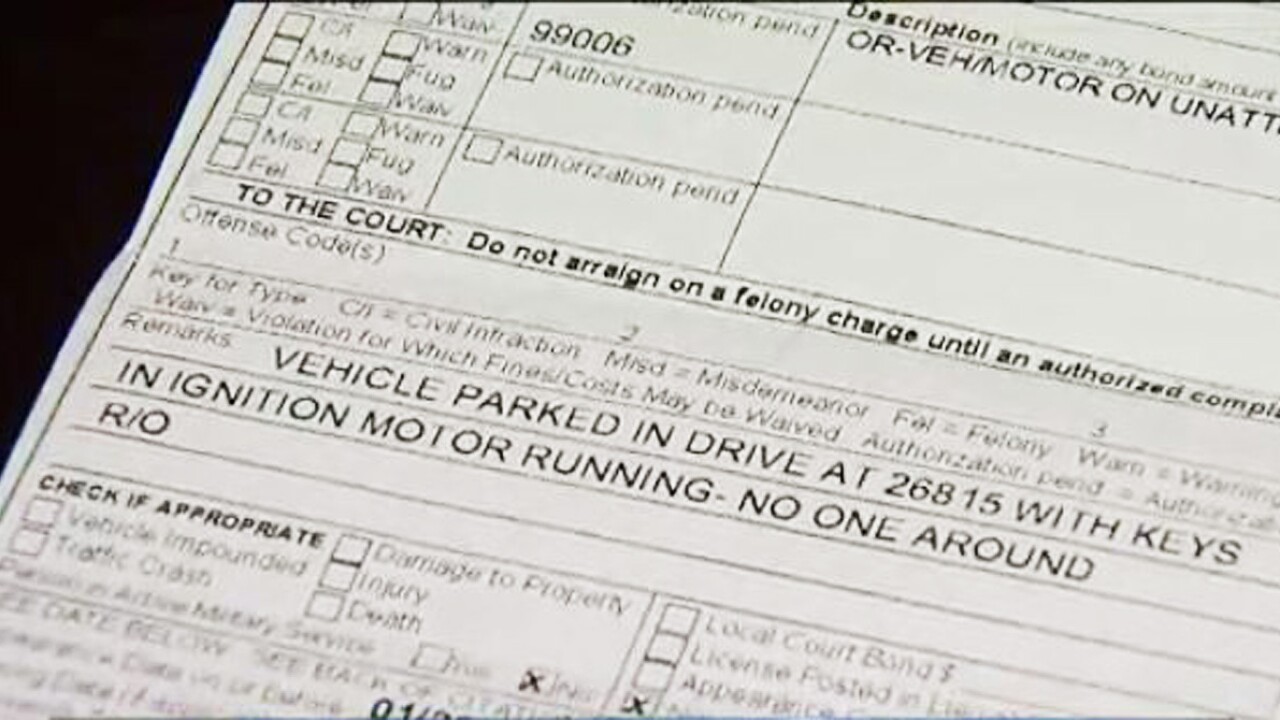 ROSEVILLE, Mich. — A Michigan man is furious after he was ticketed $128 for warming up his car in his own driveway.

On Jan. 2nd, Nick Taylor started his car to warm it up before going inside for five minutes, Click on Detroit reports. When he went outside to check the vehicle, he discovered a ticket that read, “vehicle parked in drive with keys in ignition, motor running — no one around.”

Roseville Police Chief James Berlin says leaving the key in your vehicle while it is unattended is “a public safety issue.” If you use a remote starter and the key isn’t in the car, it is OK.

On Thursday, an angry Taylor took to Facebook about the incident.

“Let’s all take a moment to thank officer dip**** K. Keary for wasting the taxpayer’s money and giving me a ticket for warming up my car in my own driveway,” the post read.

“Unattended car?” Taylor said. “I’ve done this every day for seven years. Every person warms up their car. We live in Michigan.”

Hundreds of people replied to the post, many wondering why this is something police would ticket.

One post read, “This is so unnecessary” while another simply asked “why.”