Seen him? Suspect caught on camera in Midvale bank robbery 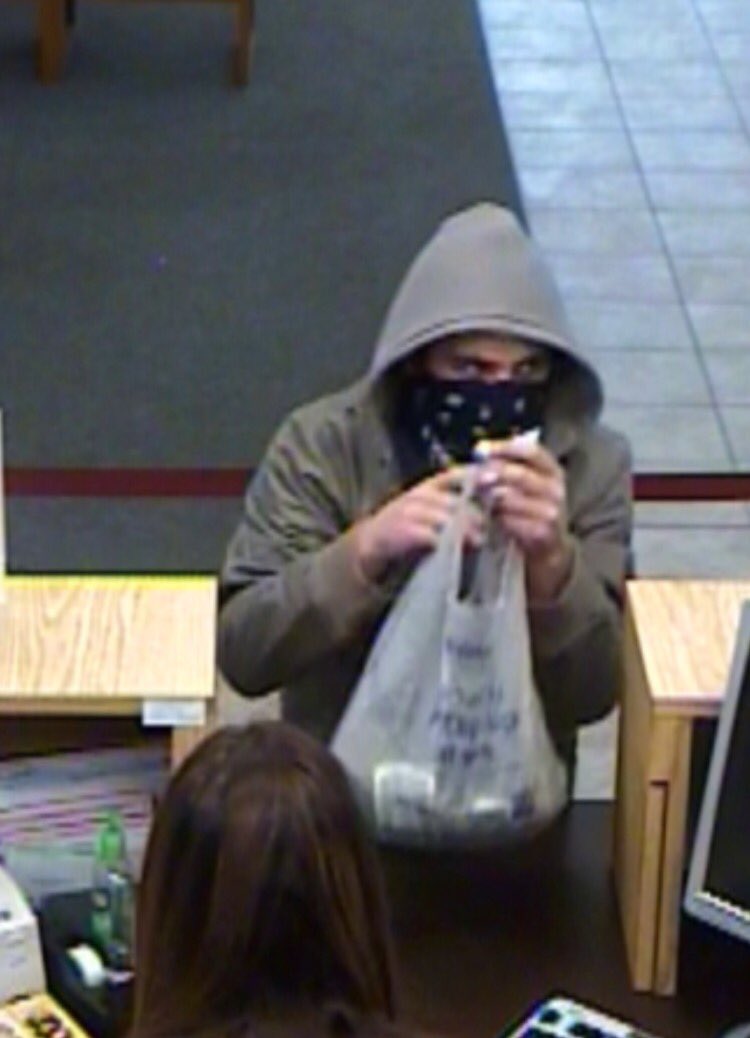 MIDVALE, Utah – Have you seen this person?

Unified Police are searching for a suspect accused of robbing a Zions Bank at 159 W. Center St. in Midvale.

Officers said he produced a weapon during the robbery but they did not say what kind.

Midvale Elementary was on lockdown; it has since been lifted.

According to police, the suspect is a Spanish-speaking man who is about 5’5″ with a thin build.

He was wearing a dark hoodie, a black bandana on his face, blue jeans and black shoes.

Officers said he ran from the scene with an unknown amount of money.

If you have any information, Unified Police would like to speak with you.