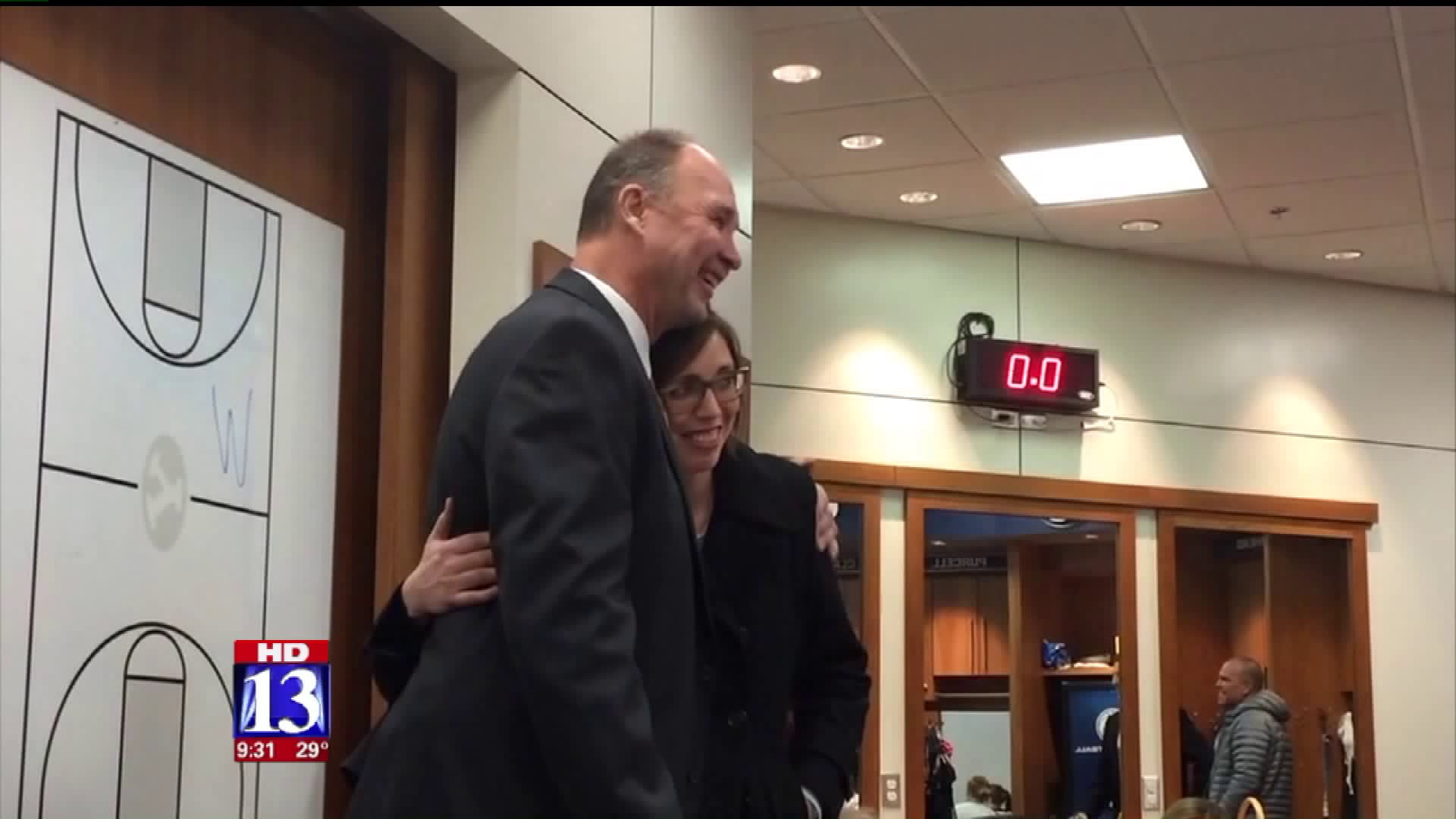 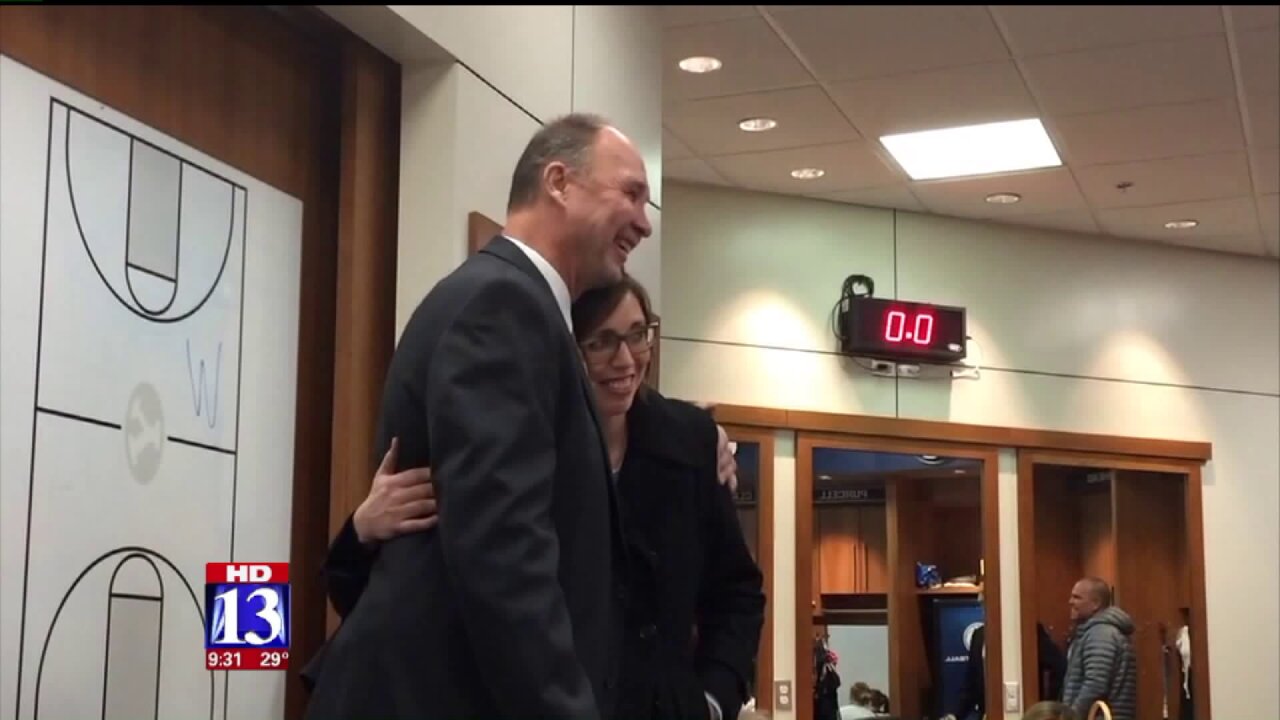 PROVO, Utah -- Former BYU basketball player Melanie Day went from scoring buckets to making a bucket list after she was diagnosed with stage four breast cancer a year and a half ago.

"I was given about two to three years to live," Day said.

After the deadly diagnosis, Day started living every day like it's her last.

"One of my items on my bucket list was to attend the North Carolina at Duke Men’s basketball game," Day said.

It's a big game between two of the biggest rivals in college basketball, and it was a shot she took but didn't expect to make.

So she continued cheering for her alma mater and had no expectations when her former coach told her to come down to the locker room after a game last week.

"When I get up there I notice there is a camera filming," Day said.

"Mel, we're going to send you to the Duke/North Carolina game," Judkins says in the video.

Her former coach had put in a call to the coach of Duke and explained Day's situation.

"I thought there's no way in heck I can get this pulled off, but Coach Krzyzewski is a great guy," Judkins said.

Day got more than tickets to the game. The players and coaches also pitched in to pay for her and her husband to fly out for the game.

"The fact that I get to go with him, that they’re sending both of us to the game and that I get to share that moment with the most important person in my life is perfect," Day said.

A winner both on and off the court, Day's coach says it's her heart that sets her apart.

"She was a great player, but more importantly she’s a wonderful young lady and a great example of really what athletics is all about," Judkins said.

Even though her cancer diagnosis may have knocked her down, she plans on getting back up with a little help from her team.

"I feel indebted forever to BYU," she said. "I know sometimes people don't want to be paid back for what they've done. The only thing I can do is to pay it forward, so that's what I want to spend the rest of my life doing is paying it forward."

Day plans on documenting her trip to North Carolina on her blog. You can follow her journey here.