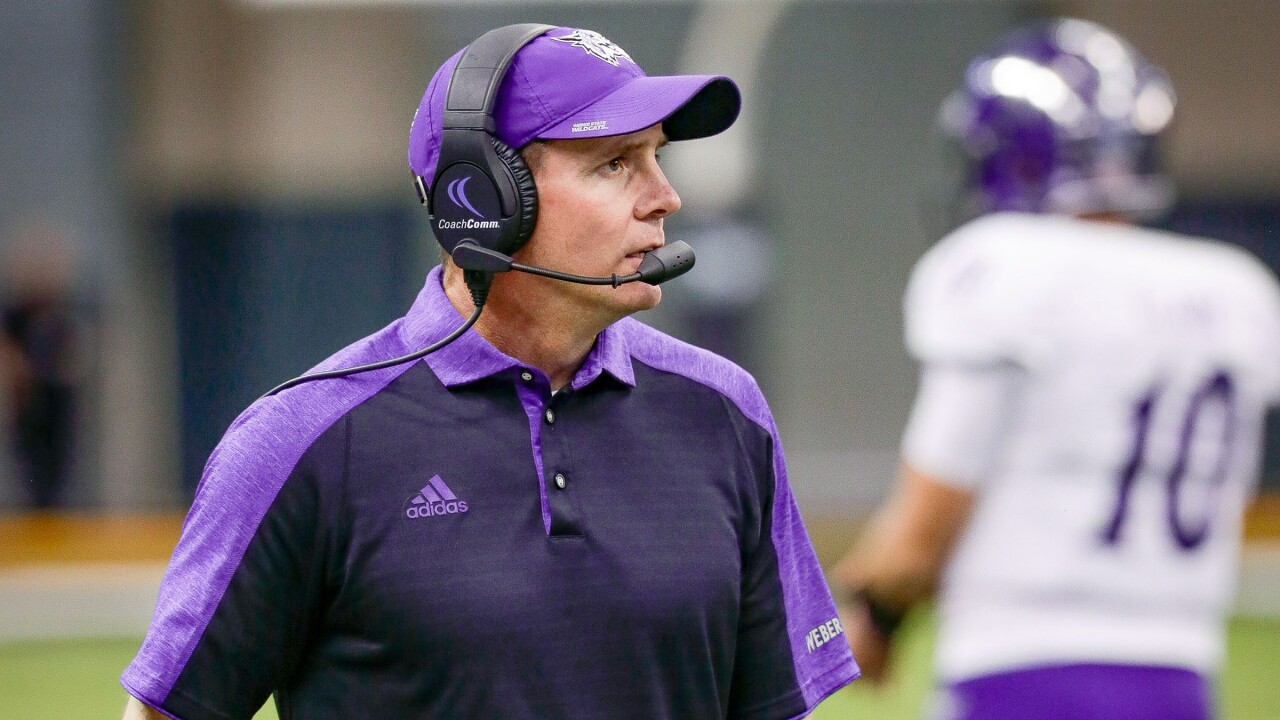 WEBER COUNTY, Utah — Football head coach Jay Hill has agreed to a contract extension that will keep him on the sidelines for Weber State for the next five years.

Hill has been coaching the Wildcats for three seasons, leading them to back-to-back winning seasons. In 2016, the team finished 7-5 overall and third in the Big Sky Conference at 6-2, a press release states. That record sent them to the FCS Playoffs for the first time in seven years.

“I’m very excited about the success of our team and the direction we are heading at Weber State,” Hill said. “The future is bright and my family and I love it here. I’m very appreciative of the Weber State administration for their support of me, our assistant coaches and our program. We can’t wait for the upcoming season.”

“Jay has brought energy and excitement to our football program that has fueled greater support from our community and beyond,” said Jerry Bovee, Weber State Director of Athletics. “He and his staff are improving the football culture by bringing the type of student-athletes that win on the field and in the classroom. Jay and Sara and their family have made a home in Ogden and I’m thrilled to be able to continue working with him and his staff going forward.”

The press release from Weber State did not offer any details regarding Hill’s compensation under the extension.