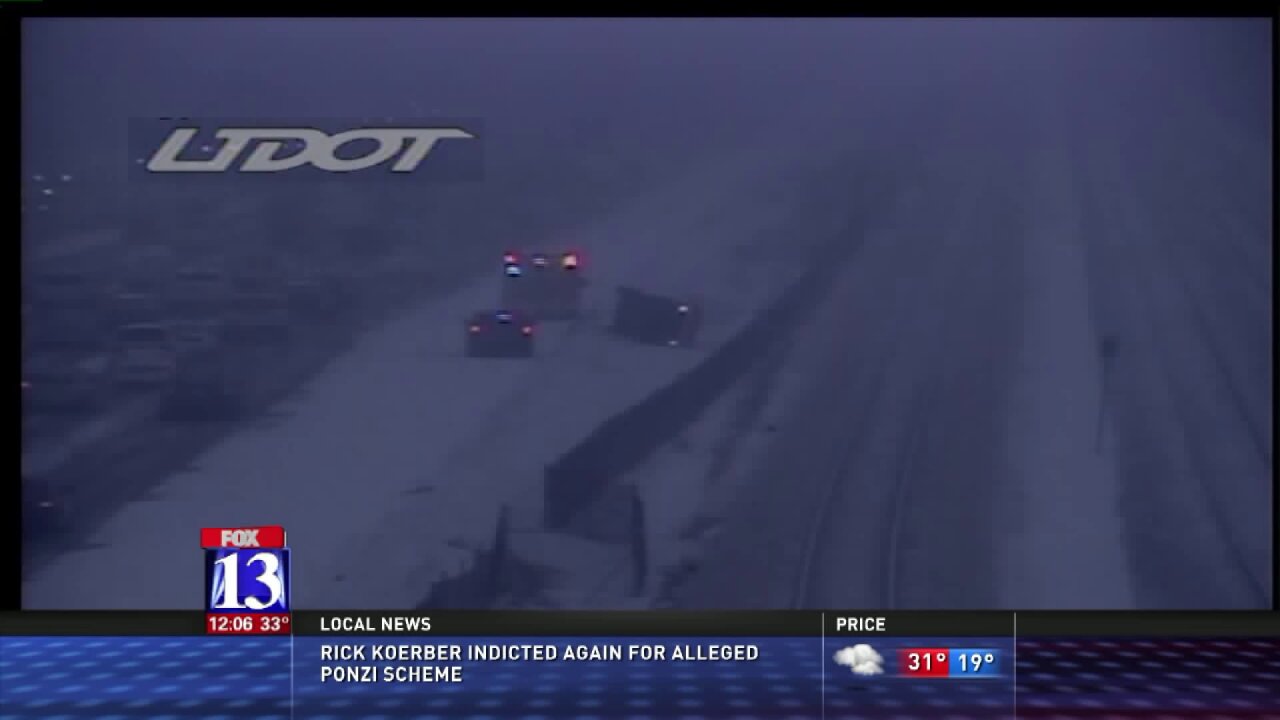 Footage captured on some of the Utah Department of Transportation's traffic cameras (above) shows the aftermath of two crashes that tied up traffic on I-15 in Layton and South Salt Lake.

"All it takes is for a few crashes. That can really snarl traffic. Our plows have been out all night, really working on clearing the roads. And they've done a great job of keeping the roads clear," said UDOT spokesman John Gleason. "I think it's a little bit misleading for folks that see black pavement on the roads. They think that they can go regular freeway speeds. That's not the case. Especially, as cold as it is today, the roads are very slick."

Drivers are reminded to be prepared for changing weather conditions, slow down on icy and snowy roads and leave extra distance between themselves and the cars ahead.