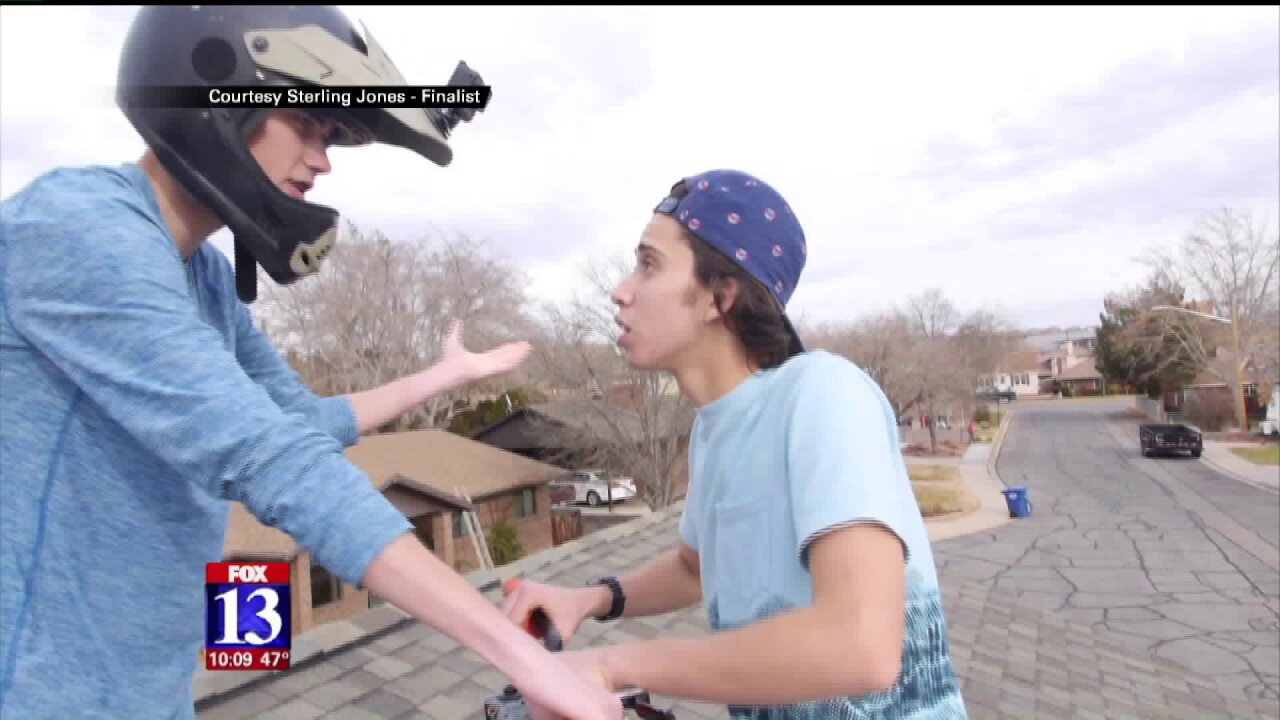 ST. GEORGE, Utah -- You probably didn't know when you saw it, but St. George's 18-year-old Sterling Jones is the brainchild behind a public service announcement for the Zero Fatalities campaign that aired during Super Bowl LI.

"I went to the movies, my grandma took us or something, and I saw the video running and I was like that sounds fun," Jones recalls.

Jones' video was one of more than 70 entries, and by winning the contest he got one of the Super Bowl's coveted commercial spots.

"One of the kids in the video, I went to his house and I said we won," Jones said. "He was in his seat. He threw his hands and I swear his seat went, actually he almost fell out of his seat. It went back 3 feet."

The opportunity is thrilling, but the message is serious. It's not just about being safe. It's about making sure the ones you love are safe too.

"You could buckle up, you could not drink and drive, and not text, and you can follow all those rules: but you can also be an influence to help other people do that," Jones said.

After 26 teens died on Utah roads last year, it's a message that needs to be heard.

"We’re teenagers, we do stupid stuff all the time, but friends don't let friends be stupid, right?" says Jones.

A message delivered loud and clear, thanks to this Utah teen.

"It just turned out really good," he said. "It was cool to see the collaboration and how we could all work together to make something so incredible."

Click here to see the Top 5 entries from the contest.