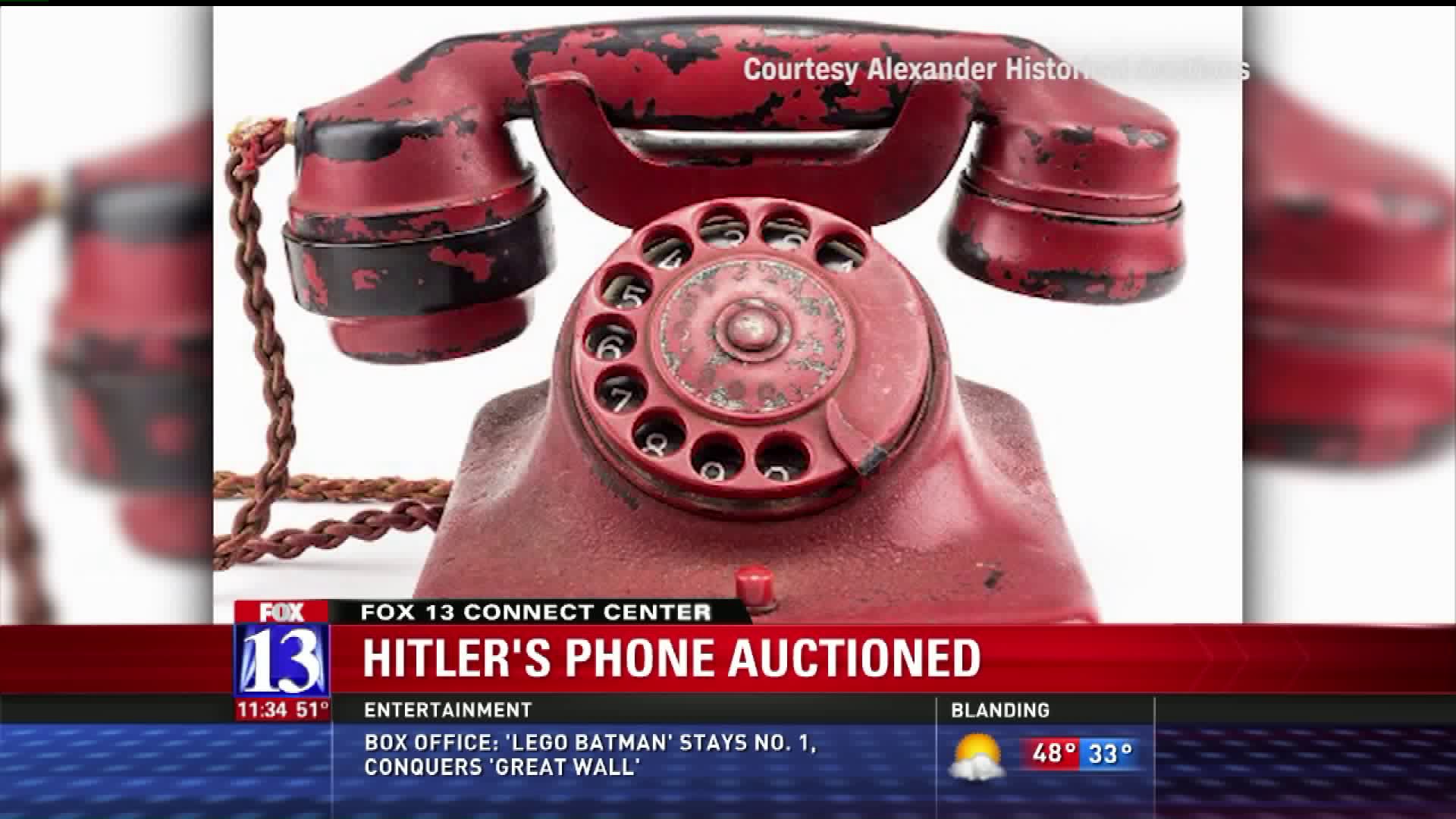 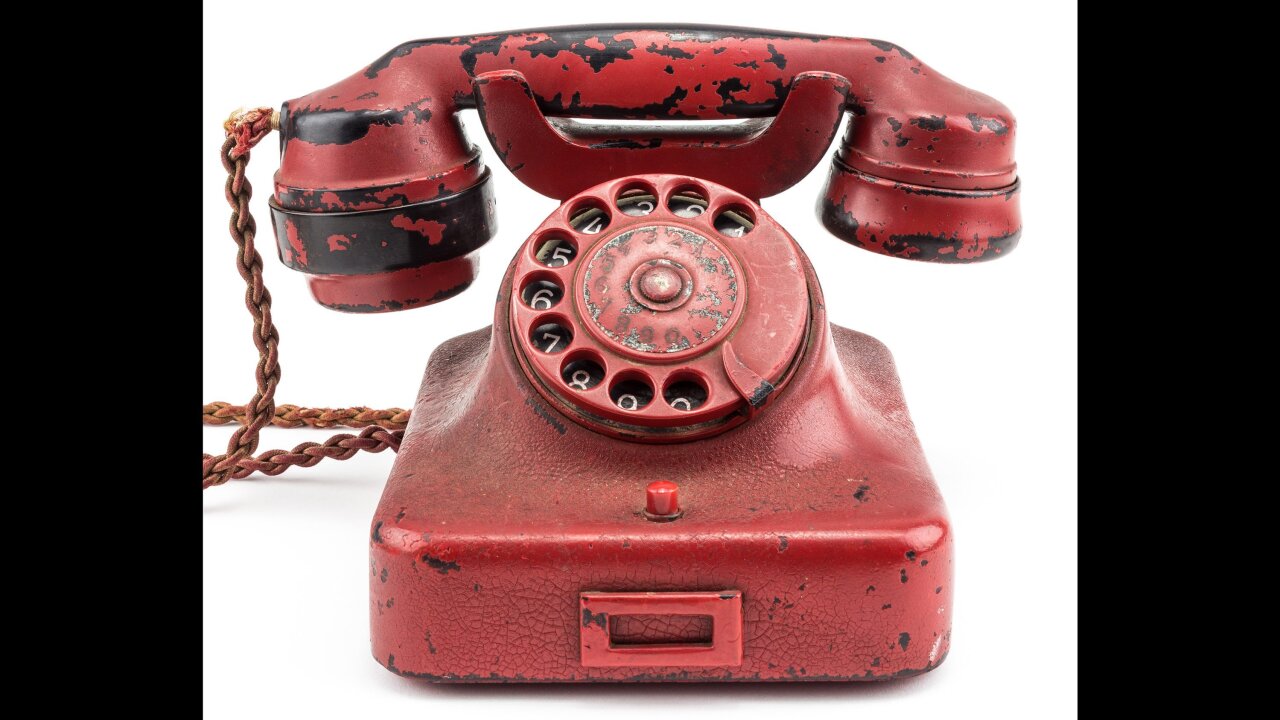 Adolf Hitler's telephone was sold at auction in the United States on Sunday for $243,000. The winning bid was made by phone but the name of the bidder has not been released.

The phone was presented to Hitler by the Wehrmacht and was used by the Nazi leader to issue most of his commands during the last two years of World War II, according to a description in the catalog for Alexander Historical Auctions in Maryland.

The phone was recovered from the Fuhrerbunker in 1945 and has been kept in a box in an English country house ever since.

Made by Siemens as a black Bakelite phone, it was later painted red and engraved with Hitler's name and a swastika, the catalog says.

The auction house describes the telephone as "Hitler's mobile device of destruction" and called it "arguably the most destructive 'weapon' of all time, which sent millions to their deaths around the world."

British officer Ralph Rayner recovered the phone from Hitler's bunker while visiting Berlin on the orders of Field Marshall Bernard Montgomery just a few days after the end of the war, according to Rayner's personal account and shipping documents from that time period, according to the auction house.

His son Ranulf Rayner, 82, inherited the phone after his father's death in 1977. "My father didn't see it as a relic of Hitler's glory days, more a battered remnant of his defeat, a sort of war trophy," he told CNN. "He never thought it would become an important artifact."

Ralph Rayner would have been "chuffed to bits" that the phone has had so much attention, his son said.

He had hoped the phone would fetch a larger sum, but he is happy to be able to say goodbye to it.

"I certainly won't miss it," he told CNN. "It's a fairly sinister bit of kit and I've always lived in fear of someone trying to steal it. I've also been told it'll bring me bad luck."

Sent to the shattered German capital to establish contact with the Russian forces who had captured the city, Ralph Rayner was probably the very first non-Soviet victor to enter Hitler's bunker.

"He could still smell burning flesh," Ranulf Rayner said, recalling his father's description of the underground shelter where Hitler spent his final days. In his words, it was a "dreadful hellhole."

First offered the black telephone found in the room of Eva Braun, Hitler's bride, Ralph Rayner instead chose the red phone next to Hitler's bed. "He told the Russians that red was his favorite color," Ranulf Rayner said, "which the Russians rather liked."

In a letter to his wife Elizabeth on May 18, 1945, Ralph Rayner wrote of the "utter horror" he witnessed in Berlin, but did not mention the remarkable souvenir he had in his possession.

If British soldiers were caught looting from the Germans, Ranulf Rayner explained, they would face a court martial.

Ralph Rayner returned to Devon in western England with both the phone and a porcelain model of an Alsatian, also taken from the bunker, hidden in his suitcase.

The china dog, made by slave laborers at Dachau concentration camp and probably presented to Hitler by Heinrich Himmler, SS chief and architect of the Final Solution, was also auctioned Sunday. It was bought by a different phone bidder for $24,300.

Ranulf Rayner hopes these objects will end up in a museum one day. "I don't want them to be hidden again," he said. "I want them to remind the world of the horrors of war."