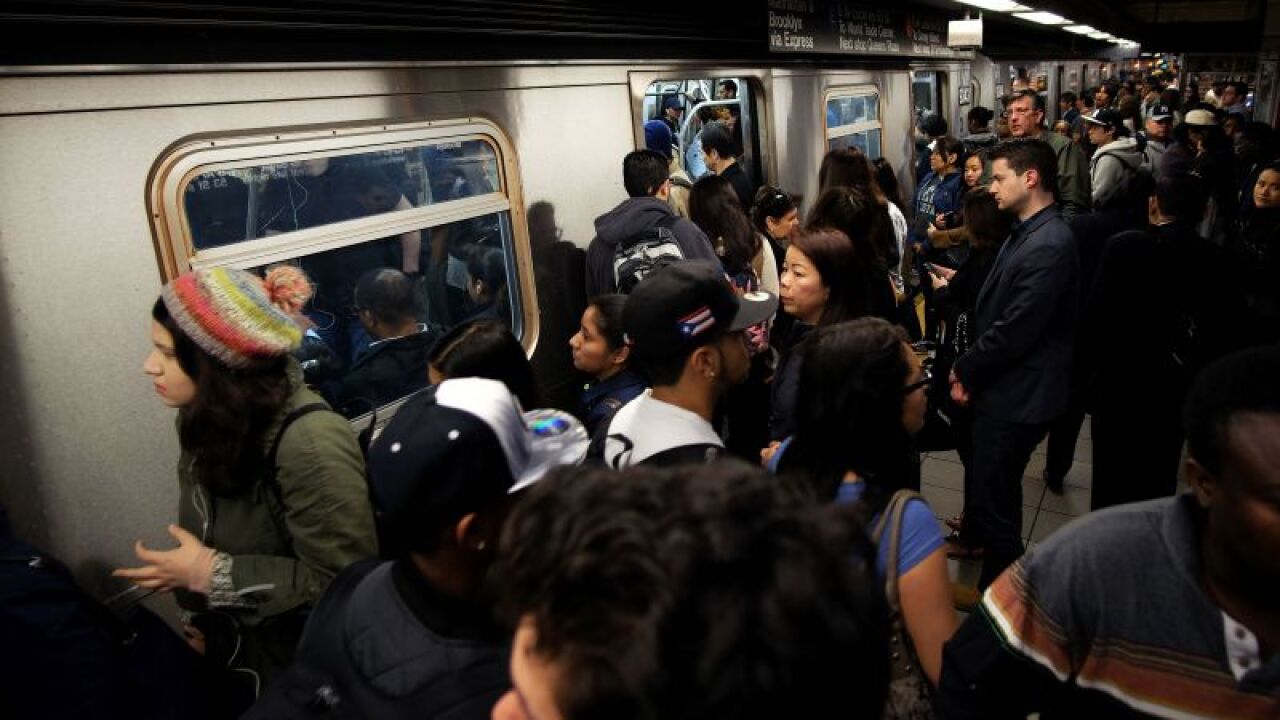 Michael Lee, a 40-year-old Staten Island resident, and the woman were both riding a northbound No. 4 train around 8:30 a.m. when the dispute started, police sources said. Lee allegedly bumped into the woman, who is 9 months pregnant, and the two argued.

Just witnessed a man kick a 9 mo pregnant woman in the stomach on the 4 train at Bowling Green @MTA Police + @NYPD was no where to be found.

The pregnant woman pushed Lee and he fell to the floor of the train, police sources said. He got up and allegedly kicked the 28-year-old woman twice in the stomach. The train was stopped at the Bowling Green station in lower Manhattan.

Police took Lee into custody, officials said. Charges against the man are pending.

The woman was transported to New York-Presbyterian Hospital. Her condition was not known.