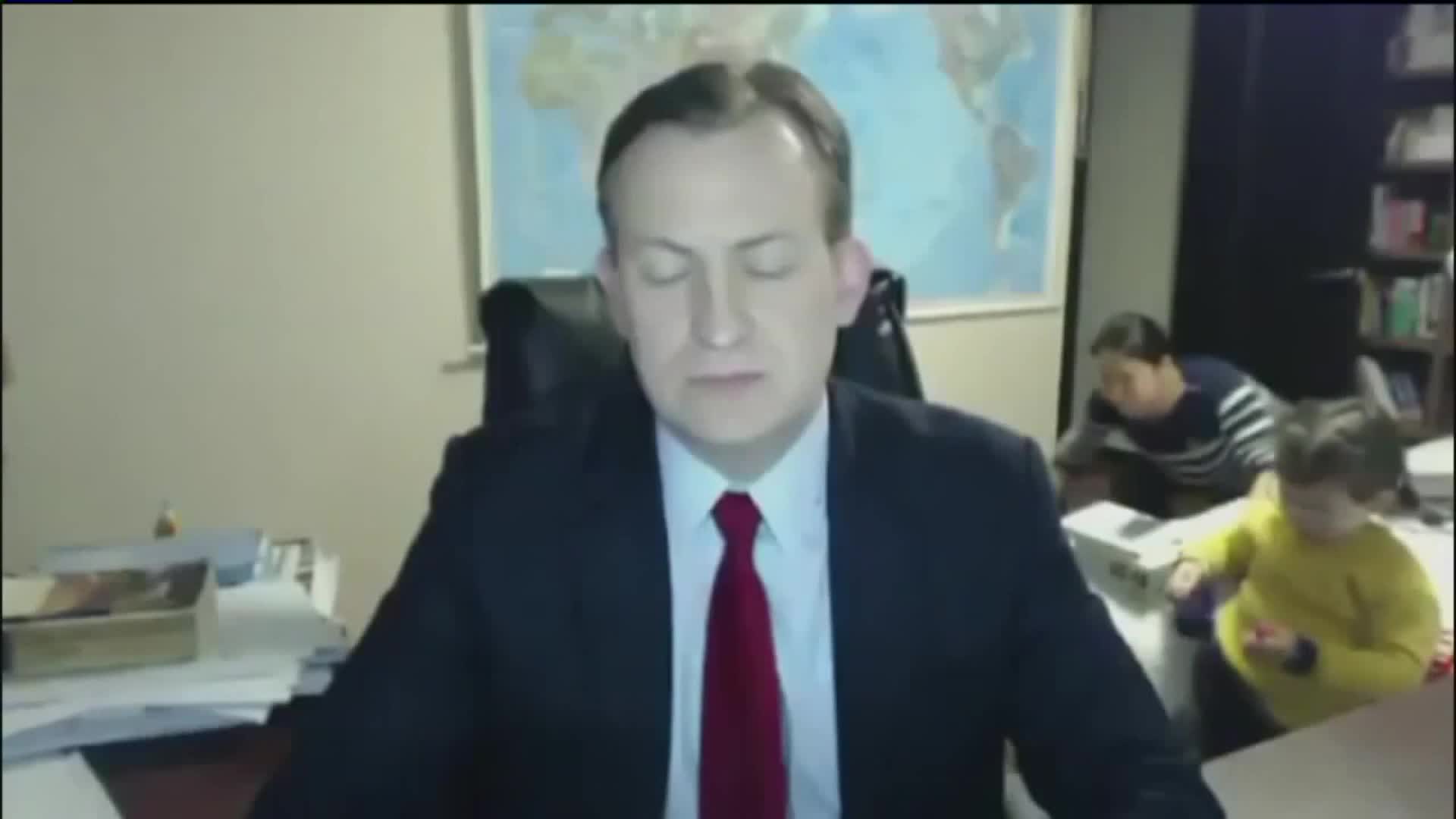 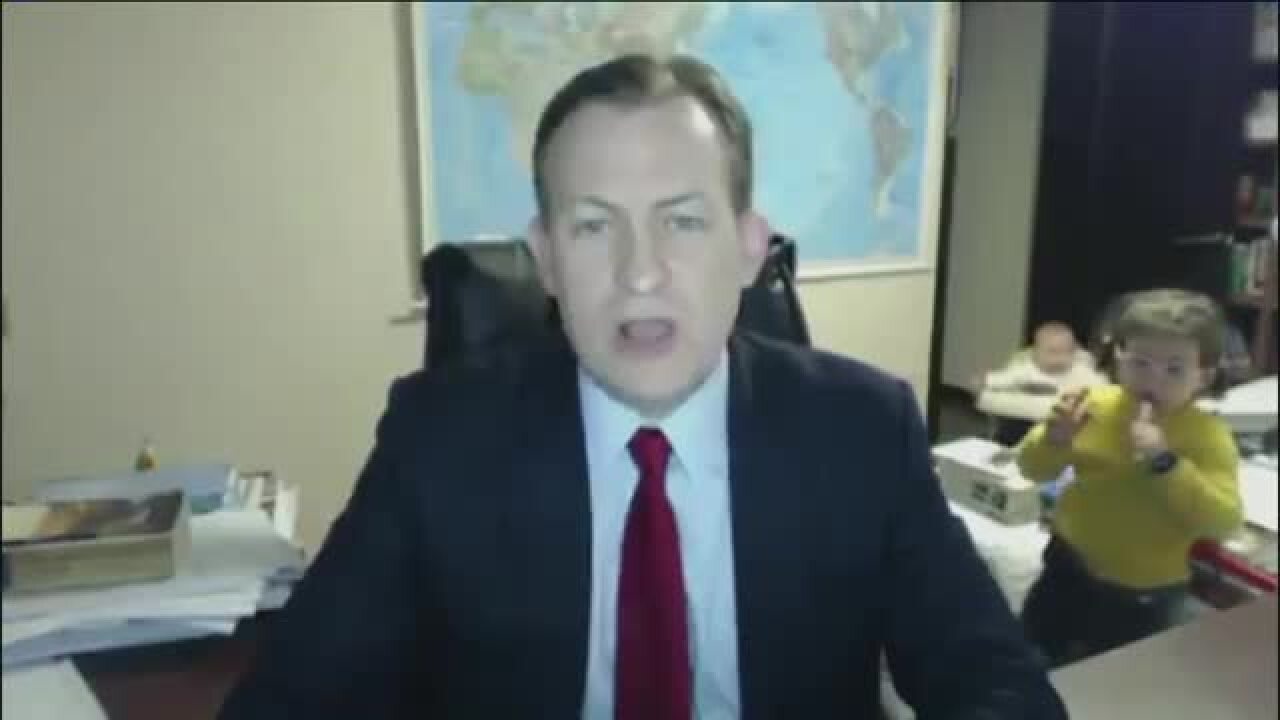 Children are all fun and games until they waltz right in -- literally -- to your interview on international television.

Professor Robert Kelly is an expert on South Korea and appeared on the BBC on Friday to discuss the impeachment of South Korean President Park Geun-hye. His children also appeared, though they declined to weigh in on the diplomatic implications of Park's ousting.

Instead, a little girl dances right into the room, and you can see poor Professor Kelly's life flash before his eyes as he tries, ever so gently, to will his child into another universe. It does not work. Instead, he summons another, like a horseman in a baby bouncer. Children have an instinctual understanding of when it is least convenient for them to be present, and Kelly's kids nail it.

After a few amusing moments, a woman comes in and desperately herds them away. Thus concludes the most entertaining interview ever to be broadcast on the subject of South Korean impeachment.

Making the best of sometimes awkward remote interviews is a treasured art for TV contributors, and Kelly's viral turn brought back memories for some.

Speaking of memories, we hope Kelly makes the most of this amazing blackmail material when his children get older.