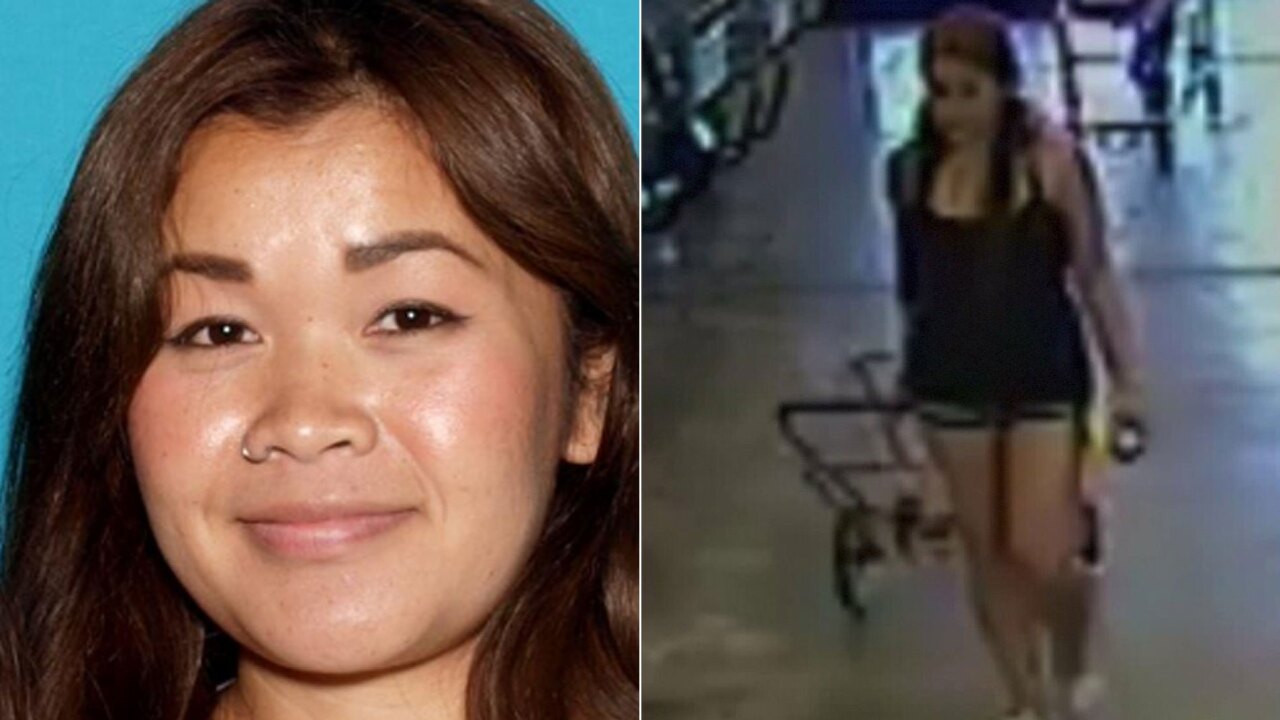 RIVERSIDE, Calif. - Police have identified a 31-year-old woman they believe to be the mother of a toddler who was abandoned at a California grocery store on Sunday, but they are still searching to find the woman.

The suspect was identified as Chiengkham Vilaysane, according to Riverside Police Department spokesman Officer Ryan Railsback.

Chiengkham Vilaysane is shown in a photo released by Riverside police.

Vilaysane can be seen on surveillance video walking into the Food 4 Less with the toddler by her side on Sunday. While inside the store the girl wandered off. Police say Vilaysane never tried to find the toddler and instead continued to shop.

"When the mother was shopping, a good Samaritan brought the child to her and the mother responded, 'Oh, just leave her,'" Officer Ryan Railsback said in a statement. "The mother deserted the toddler after she paid for the groceries."

The 2-year-old girl was able to identify Vilaysane as her "mommy," when she was shown a surveillance image, police said.

As of Monday evening, police said the toddler had still not been reported as missing.

The girl was placed in the custody of Child Protective Services.