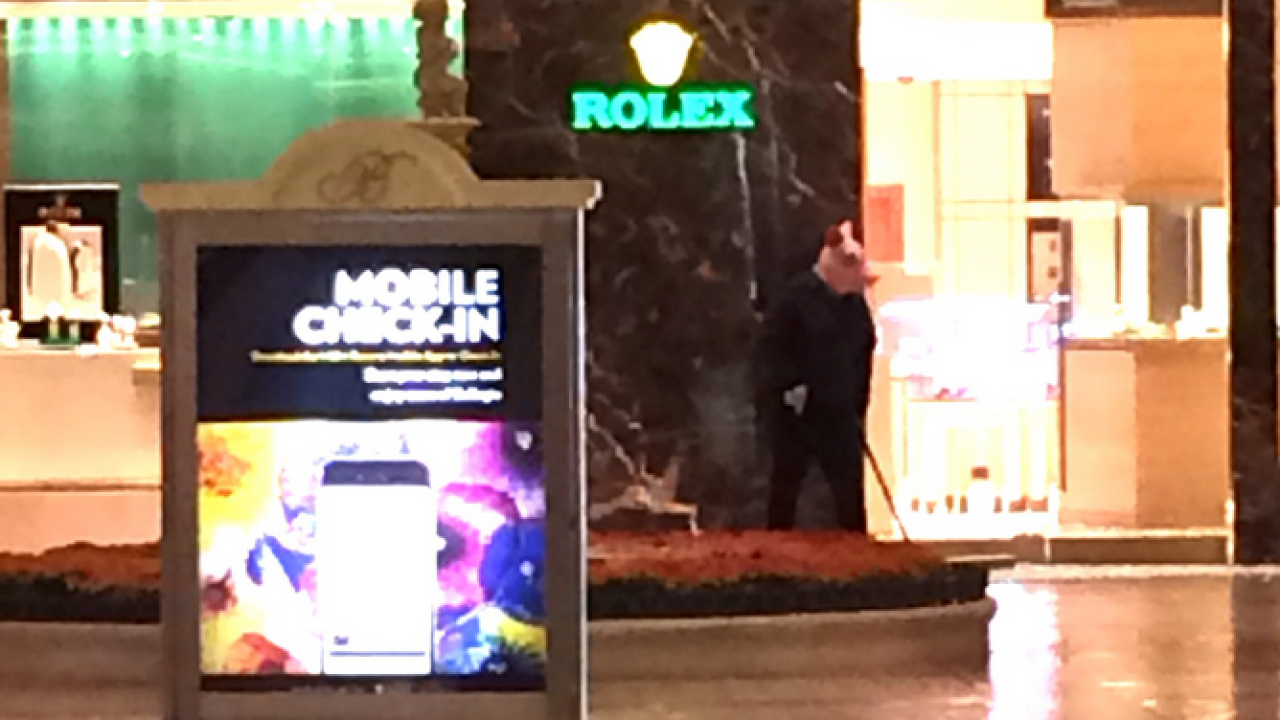 The burglary prompted authorities to lock down parts of the swanky Bellagio Resort & Casino and sent panicked guests rushing outside.

Las Vegas Metropolitan Police Lt. Carlos Hank said the men were wearing suits and at least one had on a pig mask. Hank added authorities believe one of the men was carrying a gun.

Literally just witnessed an armed robber in a pig mask at a Rolex store at the Bellagio & then his arrest #bellagio #vegas #rolex #robbery pic.twitter.com/m53T6bHS2z

Three suspects are in police custody and being interviewed by investigators.

“Literally just witnessed an armed robber in a pig mask at a Rolex store at the Bellagio & then his arrest,” Kamil wrote.

No one was injured during the daring attempt, police said.

Twitter user Nino also said he was at the hotel at the time and “had to run to escape.”

Authorities said it is too soon to put a price tag on the theft.

CNN’s Sheena Jones and Joe Sutton contributed to this report.