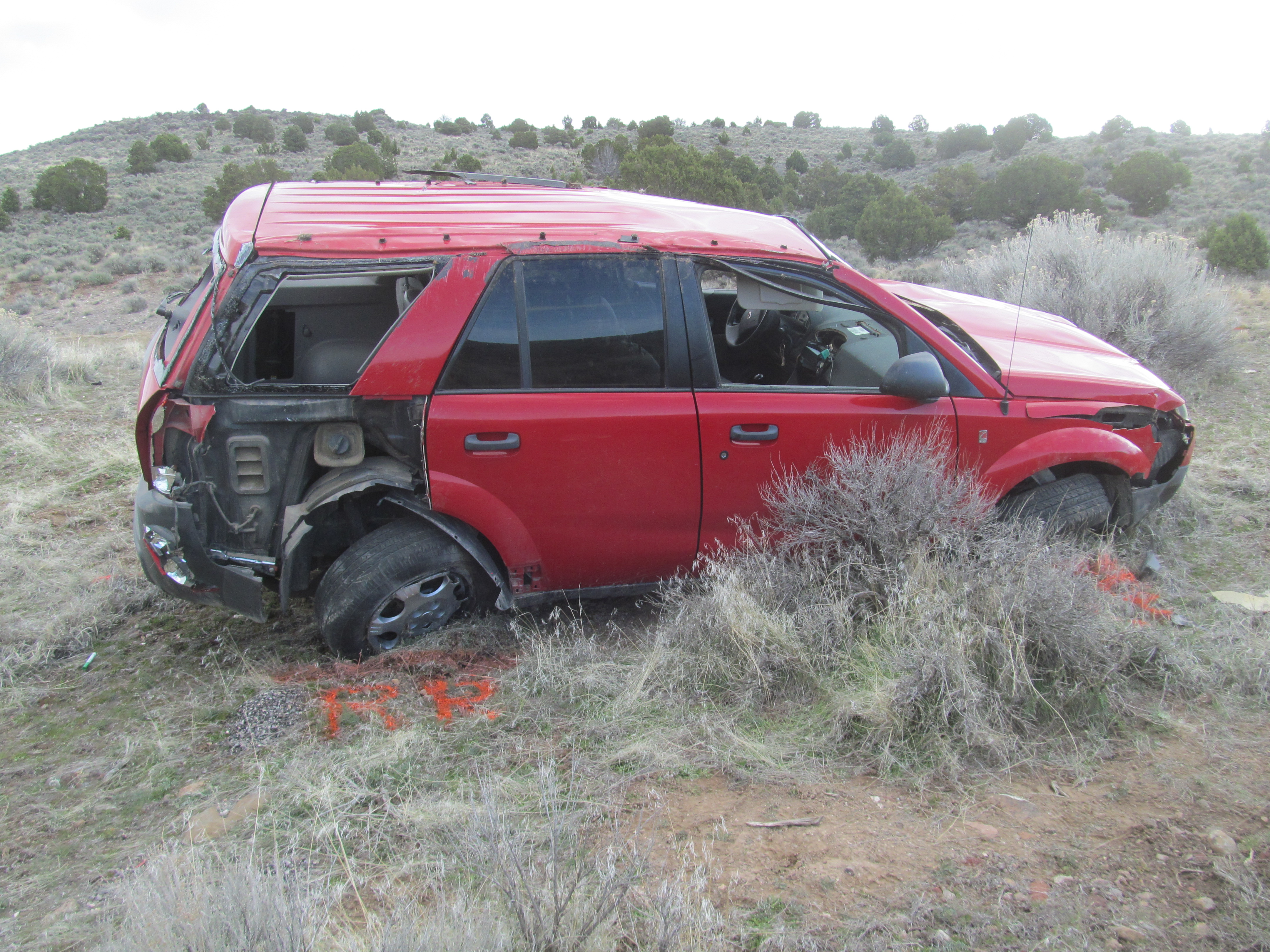 IRON COUNTY, Utah — An Enoch man was killed in a rollover crash on SR-130 south of Minersville Thursday morning.

According to the Utah Highway Patrol, the man was traveling north on SR-130 near mile marker 34 (south of Minersville and near the border of Beaver and Iron counties) around 6:20 a.m. when he drifted off the highway to the right.

The driver of the red Saturn Vue over-corrected as the vehicle came back onto the highway, and the car began to slide out of control before ultimately rolling three or four times.

The driver was not wearing a seat belt and was ejected from the vehicle during the crash. He suffered fatal injuries.

Authorities identified the deceased as 37-year-old Donald Hubbard of Enoch,

“Please wear your seat belt,” Troopers stated at the end of the press release.