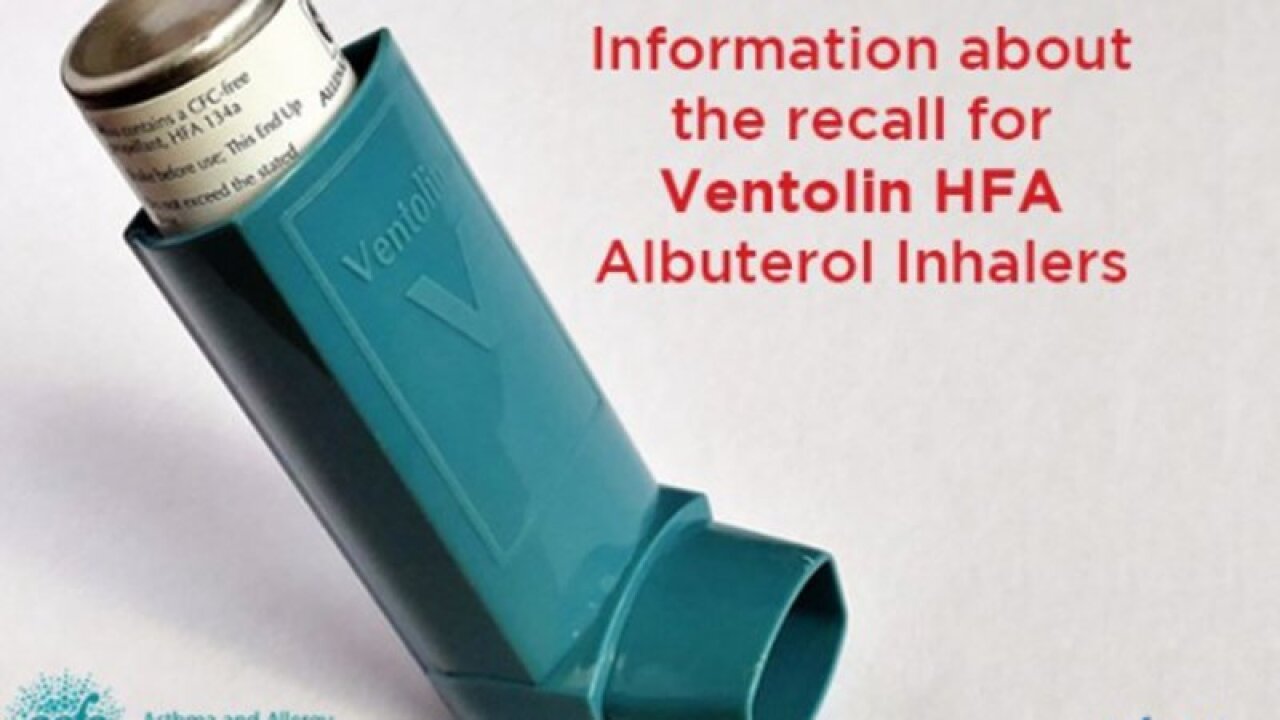 WASHINGTON – Nearly 600,000 asthma inhalers have been recalled because of a “defective delivery system,” according to the Food and Drug Administration.

GlaxoSmithKline initiated a voluntary recall of the product on April 4, according to Asthma and Allergy Foundation of America’s website.

Elaborating on the reason for the recall, the FDA cited an “elevated number of units with out of specification results for leak rate.”

In a statement released to AAFA, the company said, “Though the overall benefit-risk assessment for Ventolin® HFA 200D Inhaler when used at prescribed doses remains favourable, in this situation, there is possible risk to patients of experiencing diminished bronchodilation in the setting of acute bronchospasm if reliant on a rescue inhaler that could potentially not deliver the stated number of actuations. GSK is committed to supplying high quality product and patient satisfaction, and we sincerely regret any inconvenience this recall may cause.”

Click here for more information about the recalled inhalers.