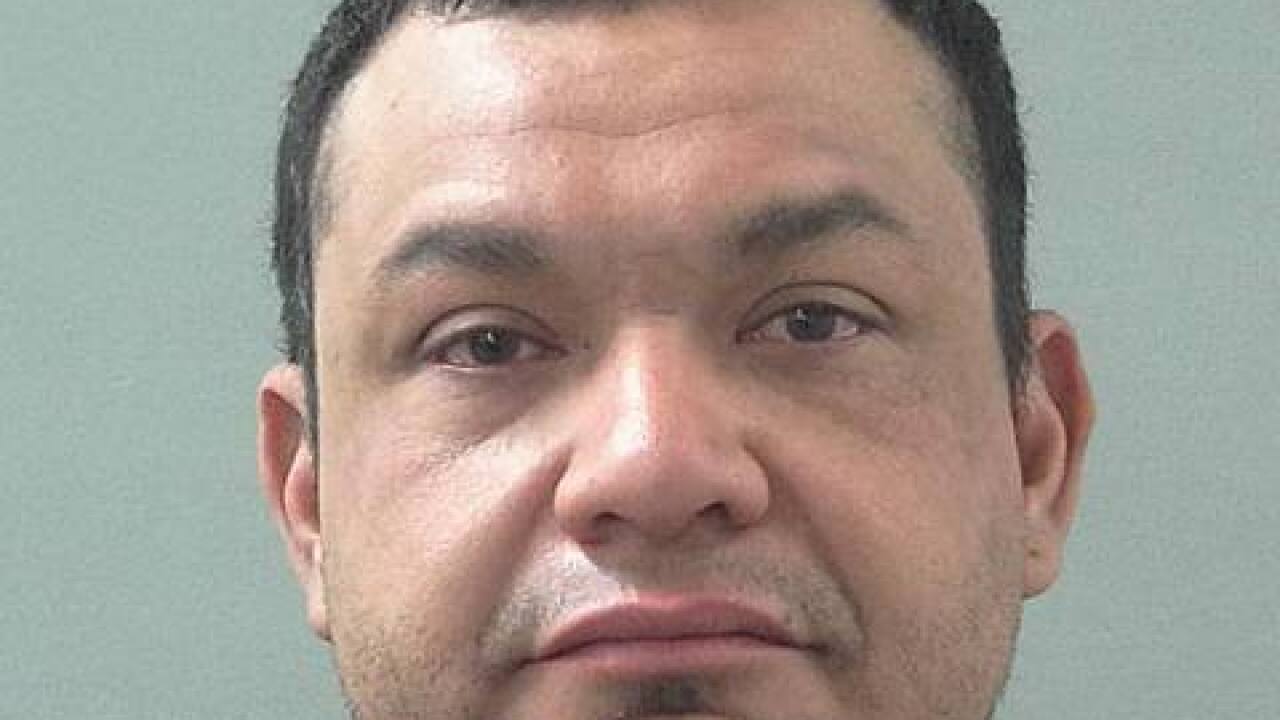 The Weber County Sheriff’s Office said a deputy attempted to pull over a van near Weber river after the driver was allegedly driving erratically in the area of 1900 West and 12th Street.

According to officials, once the van was stopped, Antonio Trujillo, 36, ran from his vehicle and headed toward the Weber river.

Before getting into the river, Trujillo took off his socks and shoes when he realized the deputy continued to pursue him, officials said.

According to the Sheriff’s Office, Trujillo swam downstream a heavy current while the deputy followed him.

While Trujillo made his way down the bank, several other officers arrived, as well as a Weber County K9 Boss, officials said, officials managed to cover both sides of the river and the K9 Boss went through the wooded area next to the edge of the river.

The Sheriff’s Office said Trujillo crawled out of the river and attempted to hide, but was found by both deputies and the K9 Boss a while later.

Trujillo was taken into custody and transported to the hospital for hypothermia, officials said, and later released from the hospital and arrested on suspicion of DUI, Failure to Stop at the Command of an Officer, Open Container and other traffic offenses.