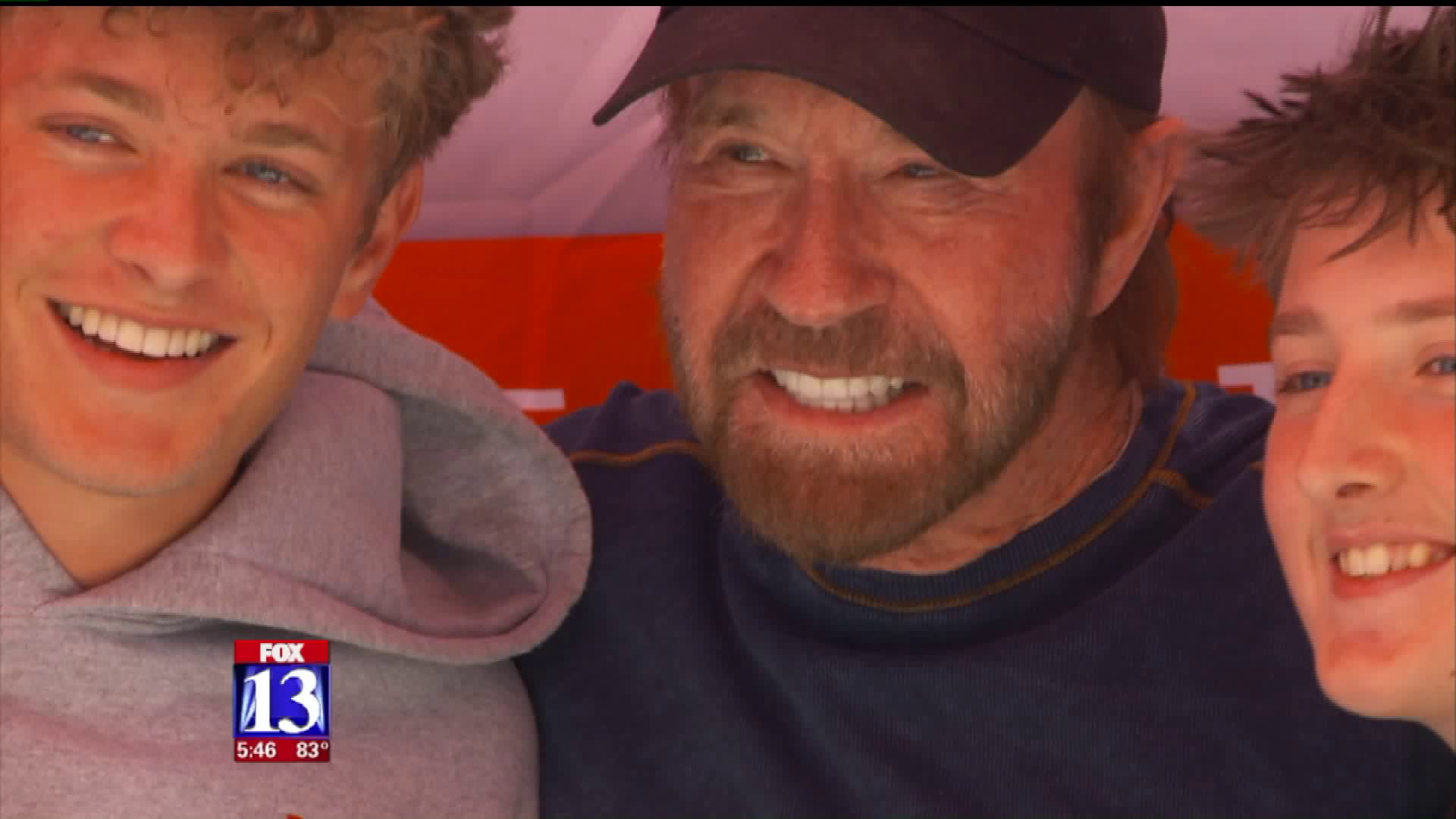 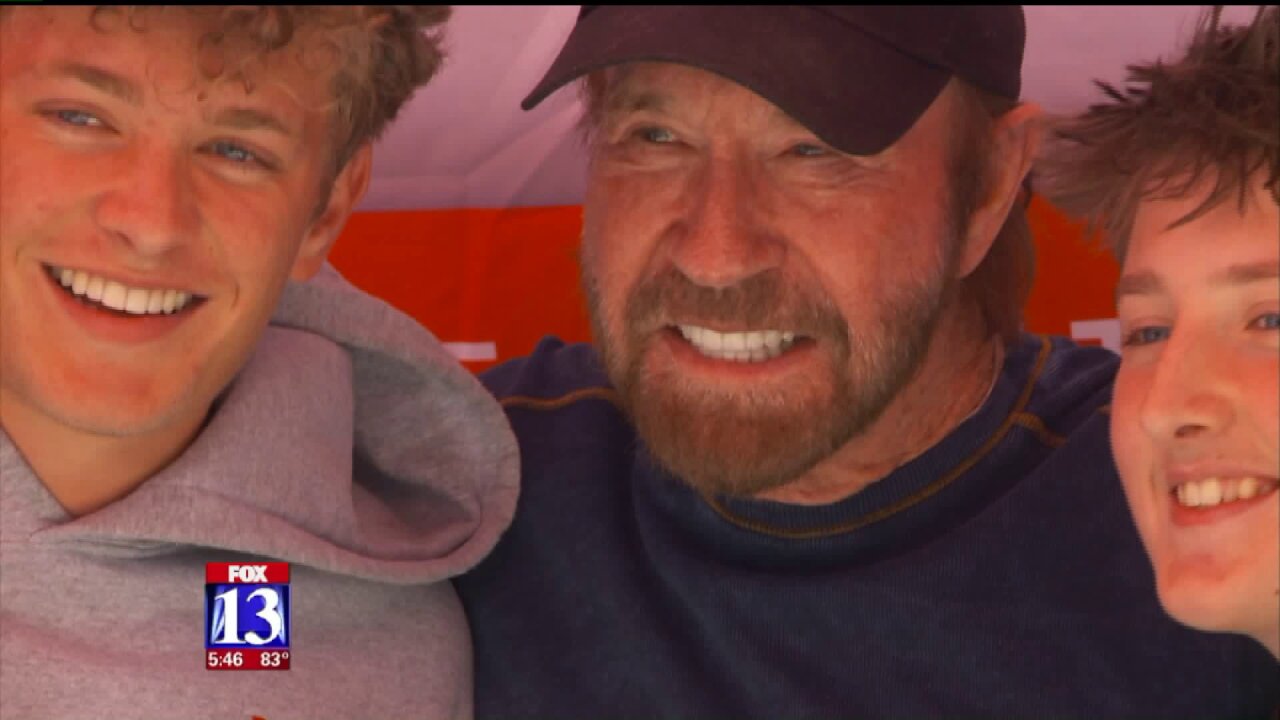 SANTAQUIN, Utah -- Chuck Norris, the star of "Walker Texas Ranger" and several films, was in Utah this week.

On Thursday he stopped in Santaquin and Provo to tout his new bottled water CForce. It’s being sold at Maverik Stores.

Hundreds of fans stopped by to meet and greet the international movie star. It was a big deal for residents in Santaquin, a town of about 10,000 people. Fans there said they are not used to seeing celebrities visiting their town.

“It means a lot,” said Yvonne, a Norris fan. “Especially, Santaquin. No one really knows what Santaquin is. It's rural out here.”

“I was just like ‘oh my gosh he is right in front of my face,’ like not on the TV screen--it was crazy,” said another Norris fan, Shaylee Jensen, who is a student at Payson High School. “I had to call my mom to ask if I could leave class because I heard Chuck Norris was here!”

Norris’ new line of bottled water comes from his ranch in Navaosta, Texas, northwest of Houston.

“It actually comes from his ranch,” said Mavericks’ spokesperson, Nitro. “I've seen the hole, there is a big pipe. It literally comes from behind his house.”

Nitro said he has gotten to know Chuck through promotion shoots and said he is one of the most genuine men he has ever met.

“Chuck is one of the best guys I honestly have ever met in my entire life," he said. "He will stand here and sweat profusely to make sure he can shake hands. He is a good dude.”