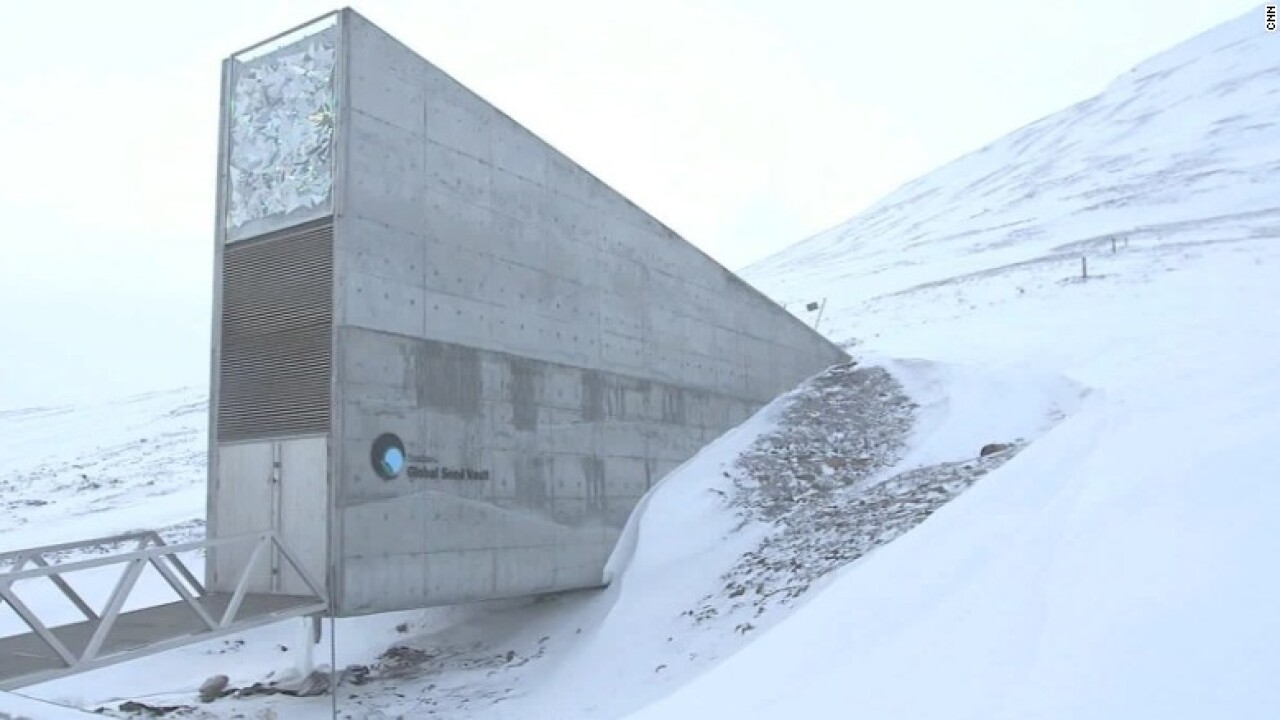 Unseasonably warm temperatures last fall caused water to breach the entrance to the Arctic’s so-called “Doomsday” seed vault, one of humanity’s last hopes after a global catastrophe, the company that manages the vault said last week.

The Global Seed Vault is beneath the icy permafrost of Svalbard, midway between Norway and the North Pole. Carved into the side of a mountain, the vault holds more than 500 million seeds from around the globe that could be used to recreate food supplies.

The seeds were unharmed by the water breach. Hege Njaa Aschim, a spokeswoman for the management company, Statsbygg, said water seeped only about 15 meters in to part of an access tunnel during the “very unusual warm and rainy October.”

“We have seen changes; the ground is looser and the permafrost has not settled as planned,” Aschim said Friday.

She said the management team, along with climate scientists from University Centre in Svalbard, don’t know if the event was part of a long-term cycle or if it will escalate. But “we will not take any chances,” Aschim said.

Remediation efforts include removing power transformers from the entrance of the tunnel, allowing fewer people into the tunnel, and building waterproof walls inside the tunnel entrance, Aschim said.

The permafrost acts like nature’s refrigerator. Even if the power fails, the temperature inside would eventually stabilize at -8 degrees Celsius (17.6 degrees Fahrenheit), which is low enough to preserve the vault’s contents for decades.

Aschim said media headlines citing global warming as the cause of the permafrost melt were speculation, but that is one of the theories scientists are investigating.

The Global Seed Vault opened in 2008 as a way to protect and preserve seeds in case of worldwide agricultural calamity. The seeds’ genetic traits make them vital if a species of plant is wiped out by war, drought or floods. For example, Australian wild rice is resilient to pests and disease.

The Norwegian government owns the vault, which is built of angular concrete. The Ministry of Agriculture and Food handles the administration.

In October 2015, seeds were withdrawn for the first time, because of the Syrian Civil War.

Scientists from the International Center for Agricultural Research in the Dry Areas, who fled their base in Aleppo, Syria, for a new home in Lebanon, asked for the return of many of their seeds. The scientists planned to plant and regenerate them, and resume their decadeslong research.

CNN’s Arwa Damon and Gul Tuysuz contributed to this report.