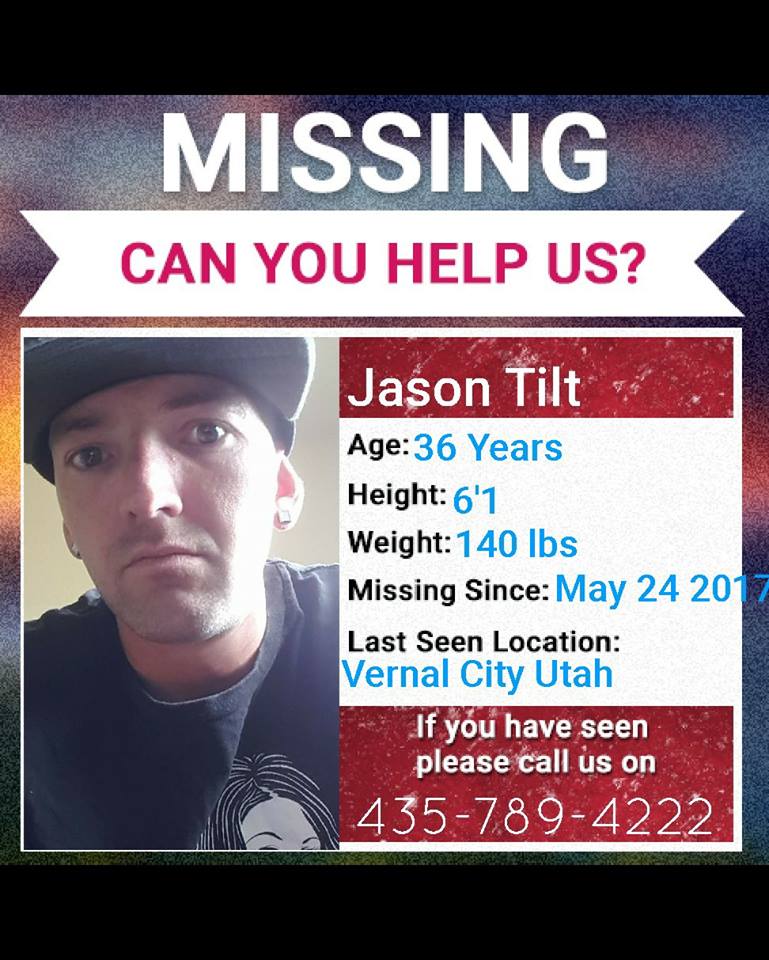 VERNAL, Utah — Police in Vernal are asking the public for help as they try to locate three men who have not been seen since May 22.

The three men were last seen in a black 2004 Chevrolet Silverado truck with a temporary tag.

The men are identified as 33-year-old Robert Alan Spoon, 33-year-old Jason Ralph Tilt and 29-year-old Jacob Douglas Tilt. Family members have posted information posters with photos of the men, see the gallery above for those images.

Family members told police they are concerned the men have cell phones that are either out of battery or have been turned off. Relatives have searched areas the men frequent in Uintah County without success and are worried about their well-being.

Police in Vernal have issued an attempt to locate for all three men. Anyone who sees the men or their vehicle, or who has knowledge of their whereabouts, is asked to call Central Dispatch at 435-789-4222. In an emergency, dial 911.