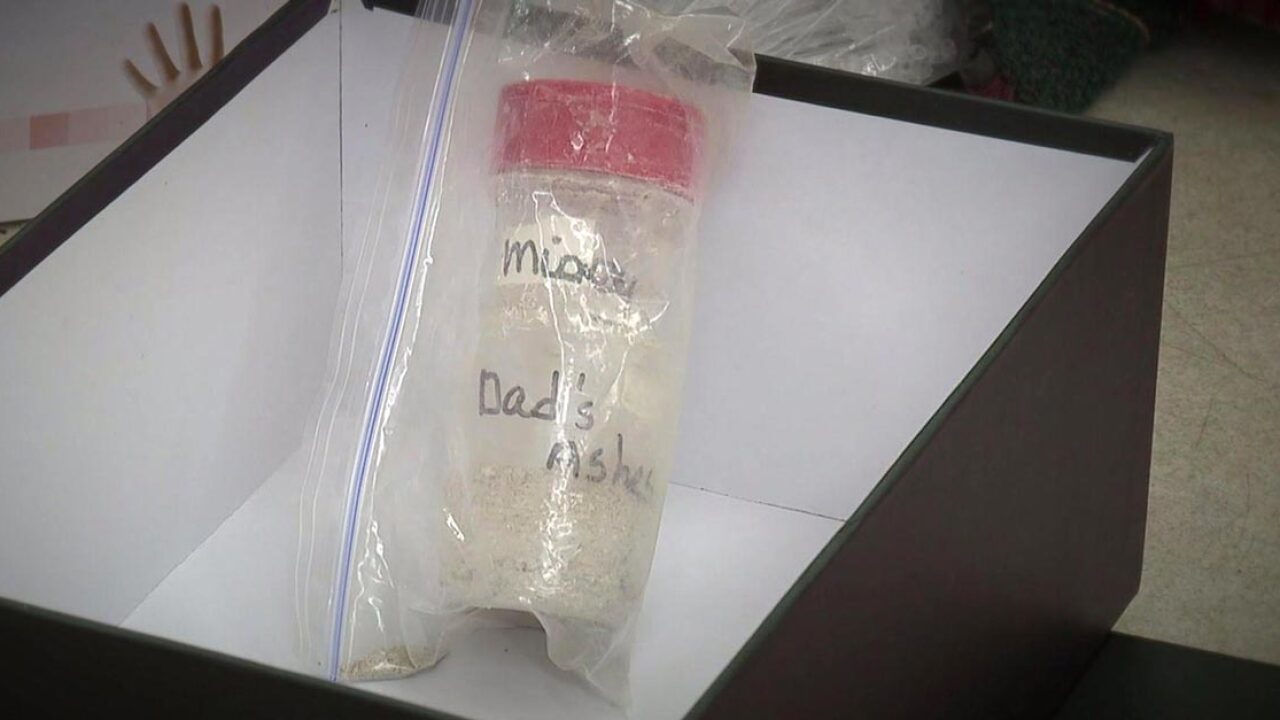 THOMASVILLE, N.C. -- From normal to strange, Jessica Cranford processes all kinds of donations at the Goodwill store on Randolph Street in Thomasville, N.C.

"We get knickknacks, different clothes," said Cranford, a participant in Goodwill’s WorkFirst training program. "Little bits and pieces of jewelry."

But on May 26, Cranford says a co-worker found a small bottle with the words "Dad's ashes" written across it.

"I think his words were, ‘You're never going to believe what I found,'” she said.

The bottle also has the name "Missy" written on it.

"He doesn't belong here,” Cranford said, referring to the cremated ashes. “He needs to be with his family."

"We need to get this out in the open, out in the public, try to find who these remains belong to," she said.

She posted a photo of the bottle on Facebook with her phone number along with when and where it was found.

"So far, I haven't had any luck finding where he belongs, but I'm not going to stop trying,” she said.

Although no one has claimed the ashes, nearly 3,000 people have shared the link.

"We will keep them in the hopes that somebody contacts us and knows the person or is the family," said Jaymie Eichorn, vice president of marketing and communications for Goodwill Industries of Northwest North Carolina.

The remains are being kept at Goodwill's corporate office.

Eichorn had the ashes examined at a cremation service.

"They did say in their expert opinion that they thought they were human remains," Eichorn said.

"Over 15 years, we've probably have had this happen three times," she said.

But this time, Cranford says she wants to make sure the ashes make it back home.

"This is what's left of him and it needs to be with his family," Cranford said. "I just want him to be home and treated with respect."

You can also send an email to info@goodwillnwnc.org. ​