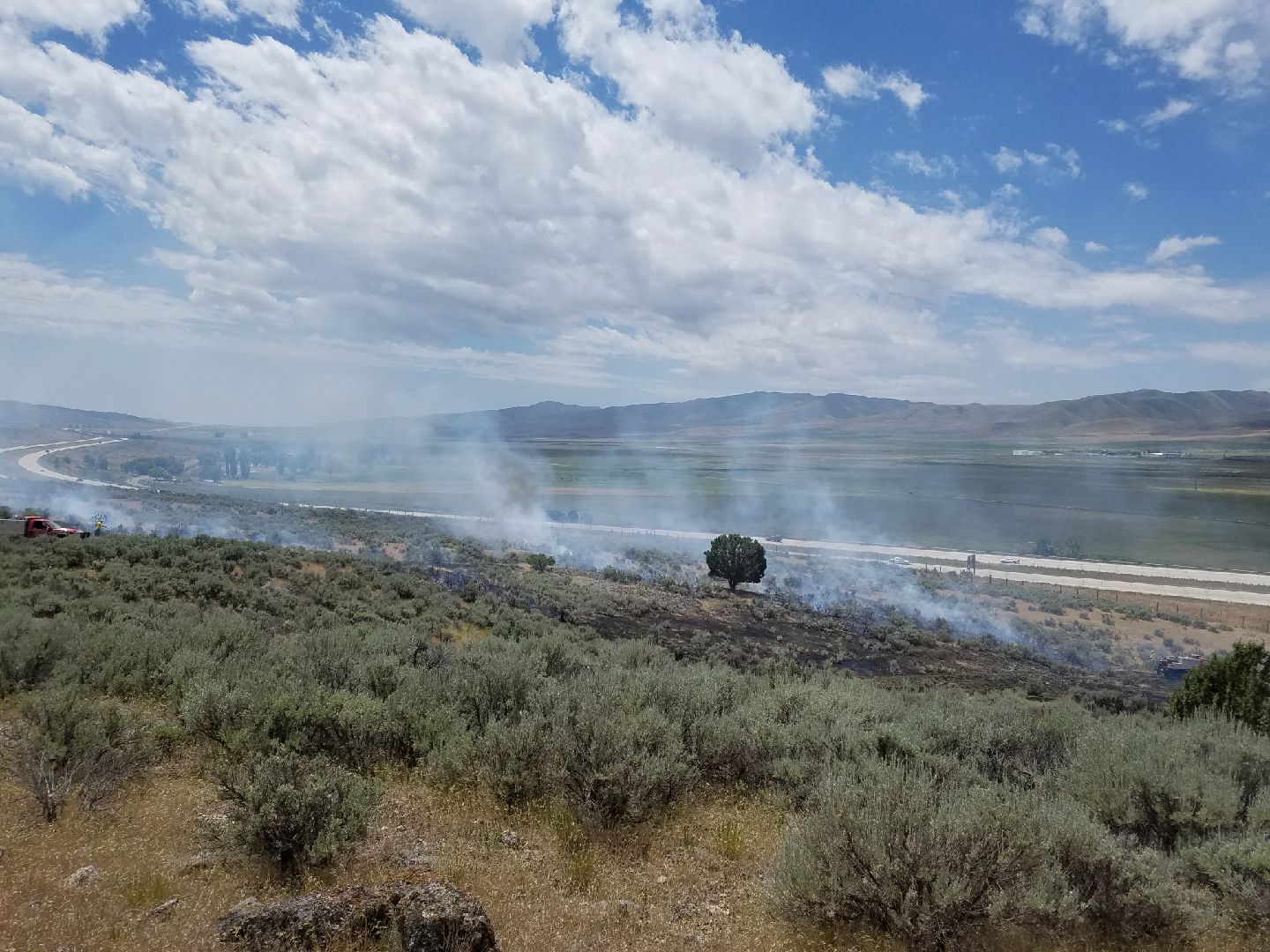 BOX ELDER COUNTY, Utah — Fire crews are working to contain a wildfire southeast of Portage near the Utah and Idaho border Saturday, and the blaze is burning on an estimated 332 acres.

The fire grew from 50 acres to more than 300 by Saturday night, and the fire is now 40 percent contained.

According to Box Elder County, the fire started just after noon Saturday and its growth was fed by wind gusts of up to 20 mph. The cause of the fire has not yet been determined.

About 45 firefighters from nearby agencies in Utah and Idaho responded along with a helicopter. The fire is burning on 332 acres on a hillside east of I-15. More firefighters are expected to continue containment efforts Sunday.

Officials say the fire is in an area where access is difficult and it is burning amid heavy sage brush.

A few structures were threatened by the fire, but none have sustained damage. Several cows had to be moved out of harm’s way, however.