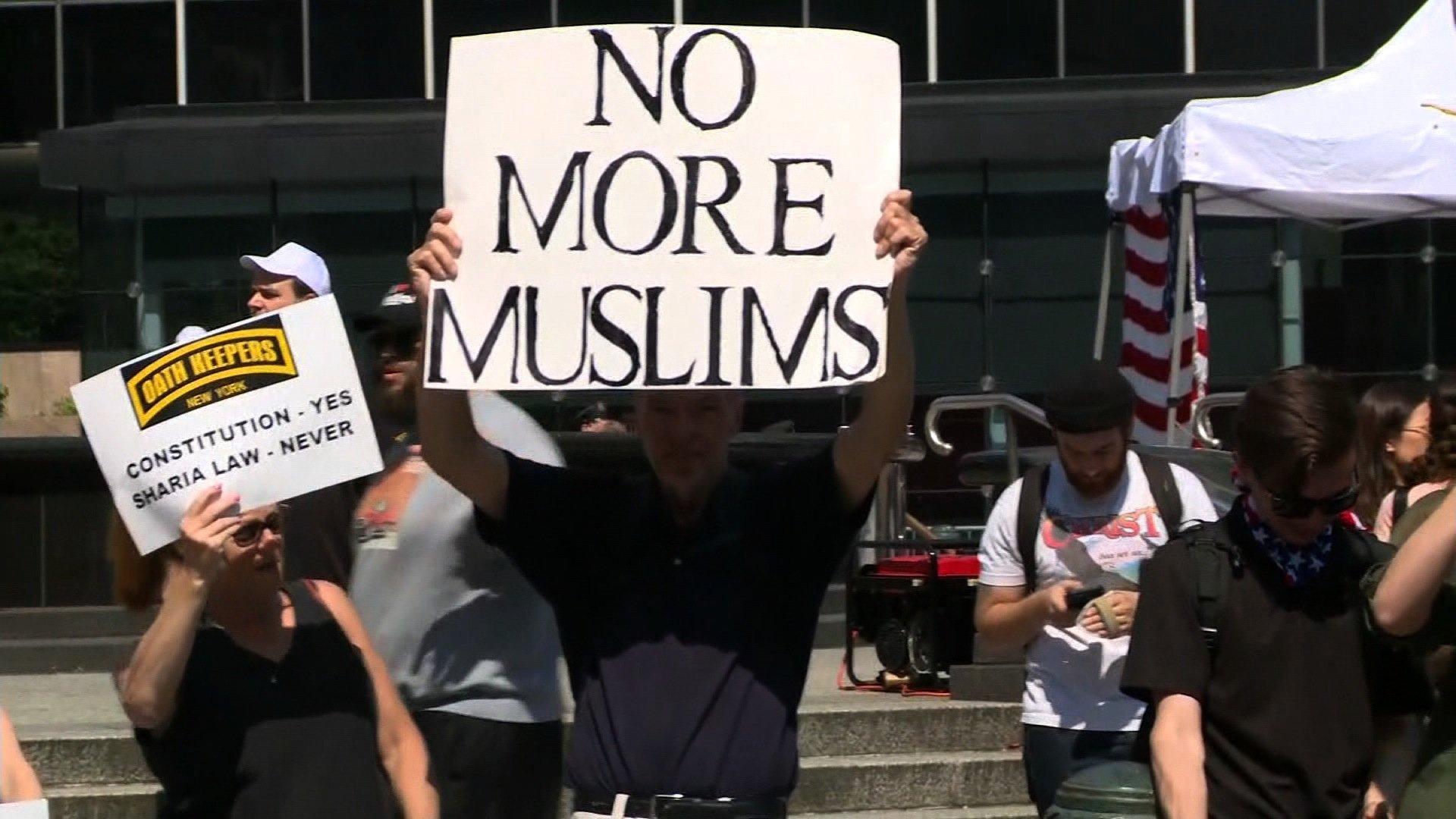 By Ralph Ellis and Tony Marco

(CNN) — A right-wing group protesting Islamic law, or Sharia, on Saturday clashed with counterdemonstrators in Seattle, Minneapolis and other cities.

ACT for America organized the marches in more than two dozen cities, saying on its website that “Sharia is incompatible with Western democracy and the freedoms it affords.” The Southern Poverty Law Center says ACT for America is the largest grassroots anti-Muslim group in America.

Earlier in the day, the anti-Sharia group rallied at City Hall Plaza while a much larger group gathered nearby, with the two groups separated by police, he said. The counterprotesters yelled and sounded horns to drown out the anti-Sharia group, CNN affiliate KOMO reported.

“At the conclusion of the rally the large group returned to Occidental Park,” Jamieson said in a news release. “Officers continued to monitor the crowds and separate the opposing groups, but shortly after 12:30 a large fight broke out. Officers used pepper spray to break up the crowd. Officers arrested one woman and two men for obstructing.”

Seven people were arrested at the Capitol in St. Paul, the Minnesota State Patrol tweeted from its official account. No injuries have been reported.

In Harrisburg, Pennsylvania, two people were arrested — one for disorderly conduct and a second for striking a state police horse, said Troy Thompson of Capitol Police.

“The protesters were a bit rowdy,” Thompson said.

No violence was reported in New York City, where about 500 people gathered in Foley Square, the New York chapter of the Council on American-Islamic Relations said. Four people were arrested for loitering.

Sharia law doesn’t exist the United States, but that hasn’t stopped it from becoming a political issue.

When President Donald Trump campaigned last year, he said he wanted to test Muslims coming into America to make sure they don’t want Sharia law to supersede the US Constitution.

More than a dozen states have passed, or are trying to pass, laws to curb the possibility of Sharia law making its way onto the books in the US. ACT for America often promotes this legislation.

The anti-Sharia protest organizer in Seattle, Anthony Parish of Kent, told KOMO the group came out to show opposition to practices like the mutilation of young girls and honor killing — issues mentioned on the ACT for America webpage.

He said the group was not anti-Muslim.

The counterprotest group, Seattle Stands With Our Muslim Neighbors, disagreed, saying on its Facebook page that ACT for America is “a recognized Islamophobic hate group.”

The word Sharia means “the path,” or “a road that leads one to water.” It refers to a set of principles that govern the moral and religious lives of Muslims. Sharia is based on Islam’s holy book, the Quran, and the life of Prophet Mohammed.

The March Against Sharia gained prominence a few weeks ago after two men were fatally stabbed on a Portland commuter train, allegedly by a man shouting anti-Muslim slogans at two young women, one of whom was Muslim.

Mayor Ted Wheeler asked that the previously scheduled March Against Sharia in Portland be called off to avoid the possibility of violence.

Organizers canceled the event and urged supporters to attend the Seattle protest.