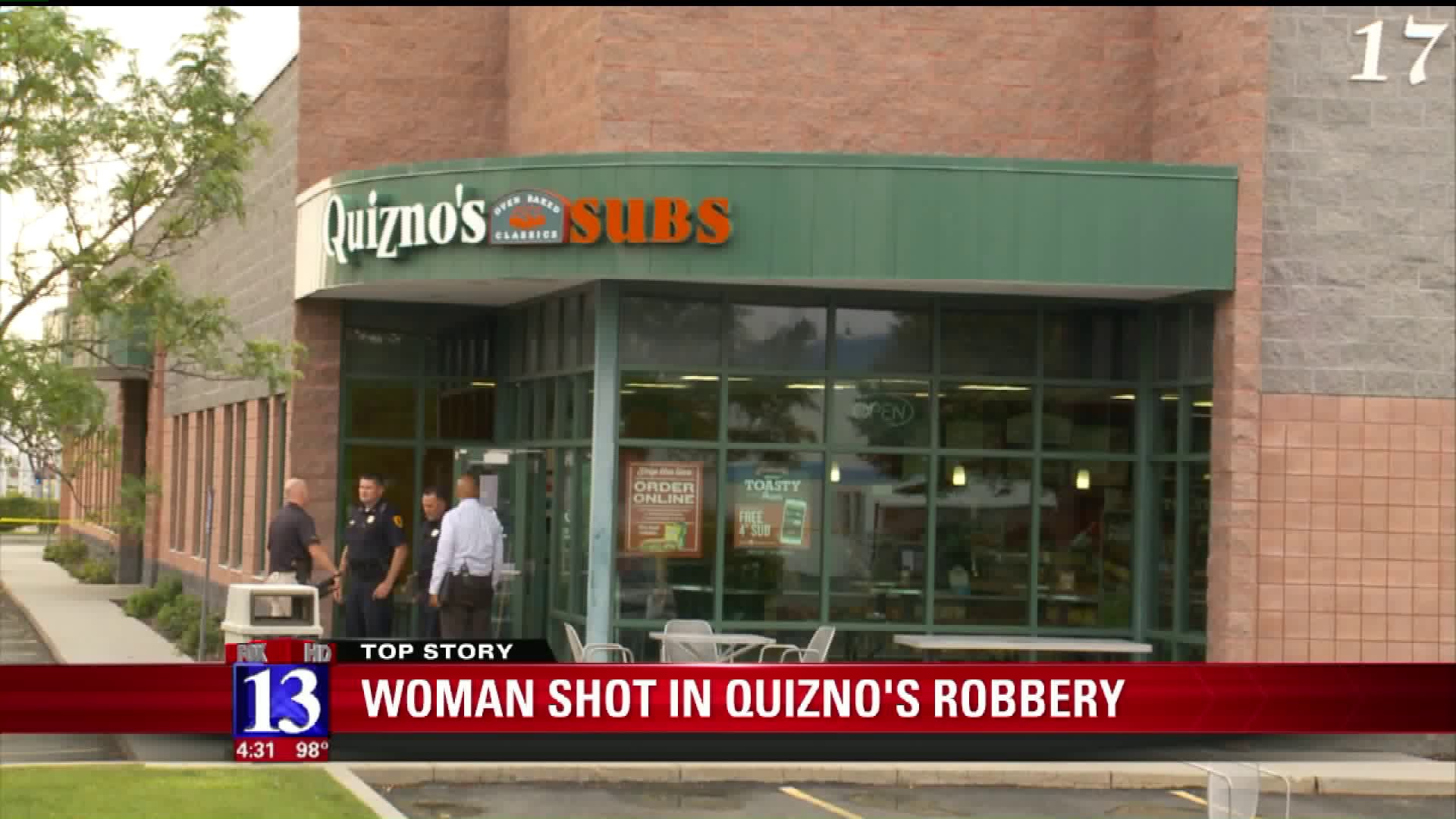 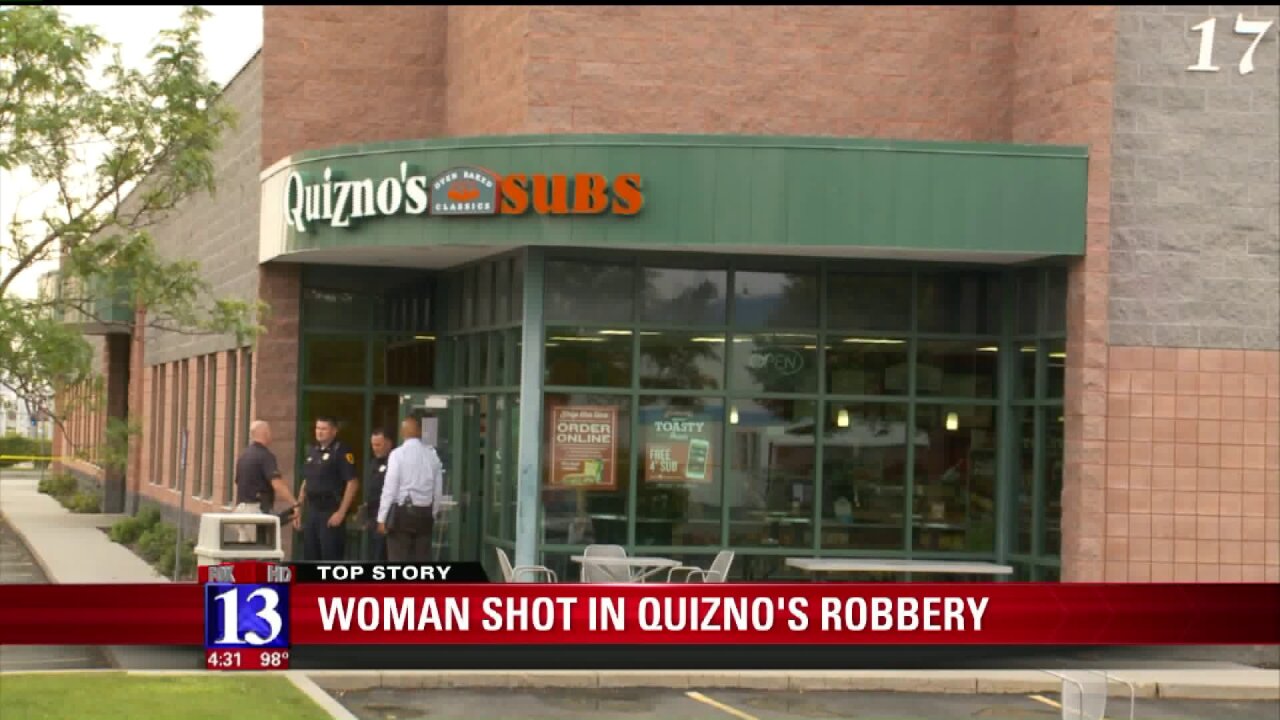 SALT LAKE CITY – New details have emerged in a robbery and shooting at a Salt Lake City Quiznos, and police confirmed Wednesday an employee shot and wounded a female suspect.

The robbery occurred Tuesday around 6 p.m. at a Quiznos at 1775 South 4130 West, and a woman was taken to a hospital in serious condition after being shot.

Wednesday, police confirmed the woman was one of three suspects in the robbery and was shot by an employee at the store.

“It was a takeover-type robbery,” said Det. Greg Wilking of the Salt Lake City Police Department.

Police say two men and a woman went into the restaurant with two guns, locking the front door behind them.

“An employee in that back room was barricading the door, preventing them from coming in,” Wilking said.

After some door pushing, police say the female employee pulled out her own gun and started shooting. One bullet hit a window and another hit the suspected female robber in the neck area.

The woman went down after being shot, and her companions fled. The woman was taken to a hospital and remains in serious condition Wednesday. Her identity has not been released.

Police are looking for 36-year-old Cody Shane Durrant of Kearns. He might be driving a red Nissan Versa, with Utah plate X39 8AM. At this point he is considered a person of interest and not a suspect.

Authorities are also looking for a Hispanic male between the ages of 30 and 40 who has short hair. The two suspects who fled left with an undisclosed amount of cash.

Police say they generally don't recommend that citizens shoot at suspects, but they acknowledge this was a particularly aggressive crime.

“This is an extreme type of robbery,” Wilking said. “We’re talking about a situation where they're locking the door, they're forcing their way into the back room; it's a takeover-style robbery. It's not something that we see very often, much more dangerous for everybody involved."