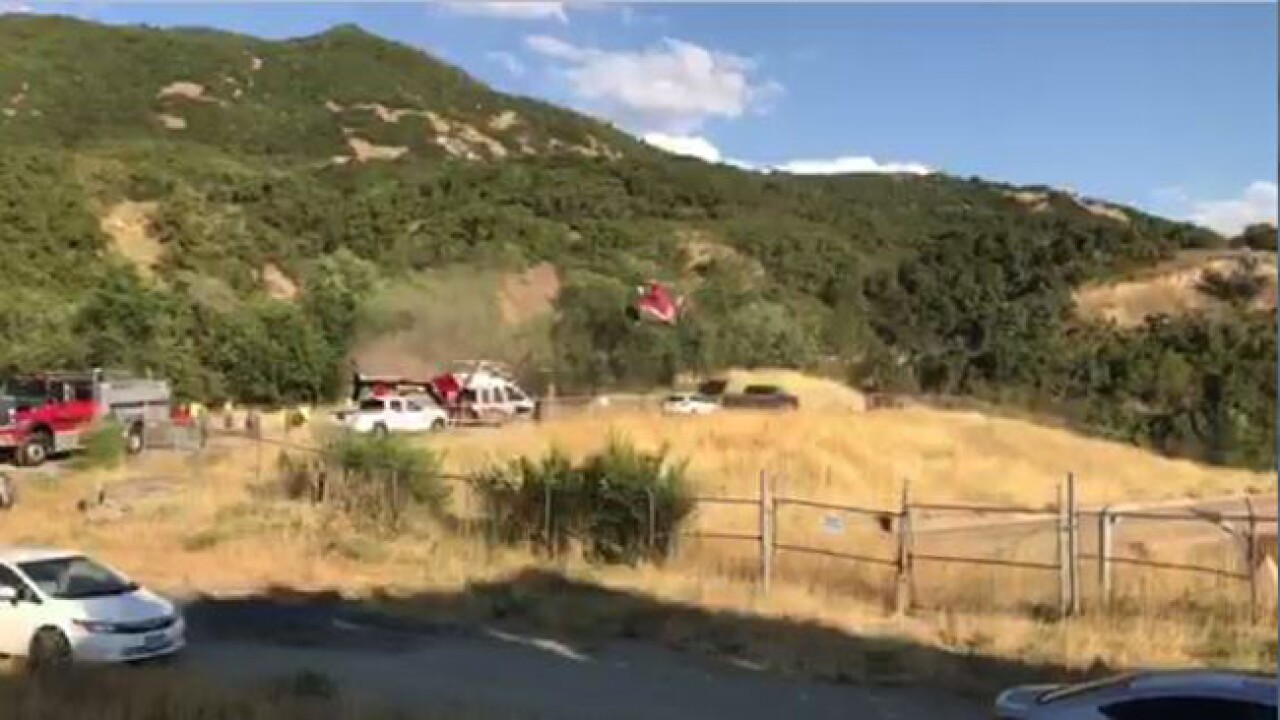 A married couple was injured after falling about 40 feet near the Davis Creek Trailhead.

DAVIS COUNTY, Utah — A married couple fell about 40 feet while hiking with their teenage children near the Davis Creek Trailhead Sunday night, and a woman was flown to a hospital in critical condition.

Sgt. Josh Boucher with the Davis County Sheriff’s Office said they were called to the scene around 6 p.m. Sunday and found a man and woman who had fallen an estimated 40 feet.

Medical helicopters were brought in to hoist both victims from the mountain. The woman was then flown to University of Utah Hospital in critical condition. Her husband was taken to a hospital by ground ambulance, but it’s not clear how severely he was injured.

Boucher said the couple was hiking with their teenage children when the fall occurred, and their children were able to call 911. Both victims are in their early 40s.