WEST JORDAN, Utah — A small plane crashed Thursday afternoon near 8600 South and 4000 West in West Jordan, and video from the scene shows a field fire that erupted after the crash.

A dispatcher told FOX 13 the crash was first reported around 2:20 p.m.

The pilot and sole occupant of the aircraft suffered injuries not believed to be life-threatening. The pilot, a 26-year-old male, was transported to Intermountain Medical Center with minor head injuries.

The plane struck a power pole as it came down, which started a small field fire. The fire has been extinguished.

The aircraft did not hit any buildings, and no injuries beyond those suffered by the pilot have been reported.

“He came down at an angle and hit the ground and skidded for a ways, again, I don't know why he came down,” said Reed Scharman, West Jordan Deputy Fire Chief. “He did strike a large-sized pole that tipped over and took about two blocks worth of power lines down.”

Rocky Mountain Power states that about 400 customers were without power in the area of the crash due to the downed lines, but as of about 3:30 p.m. power had been restored for about 363 of them. The remaining 41 customers are expected to have their service restored by 11 p.m.

A spokesperson for Salt Lake City International Airport says the twin-engine aircraft took off from South Valley Regional Airport in West Jordan. It was not immediately clear where the plane was headed or what caused it to crash.

Other photos taken at the scene show scorched grass, and firefighters from the West Jordan Fire Department are responding to the scene. 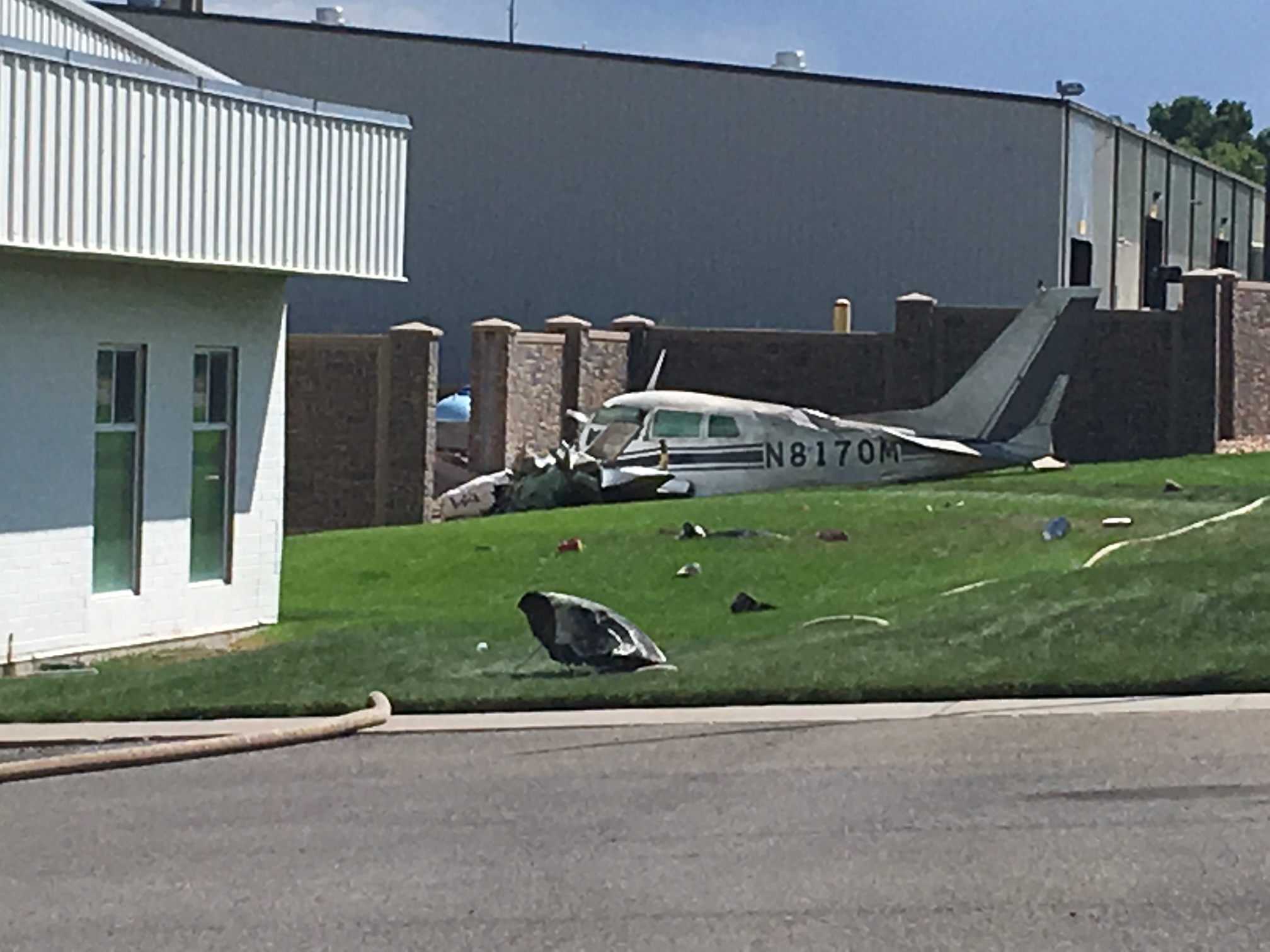