Sandy Police Sgt. Jason Neilsen said a black Nissan Versa hit the back of the bus as the bus was in the center lane of 700 E. to turn left onto 8800 S.

He said the Nissan then continued for about 100 yards and collided with three other vehicles before coming to a stop.

The man driving the Nissan went to the hospital in serious condition.

An 11-year-old child was also in the Nissan and was not injured.

The bus driver and the three elementary students on board were not injured, however, the bus was damaged.

Officials are asking drivers to avoid the area.

Authorities said they are investigating if drugs or alcohol are factors in this crash. 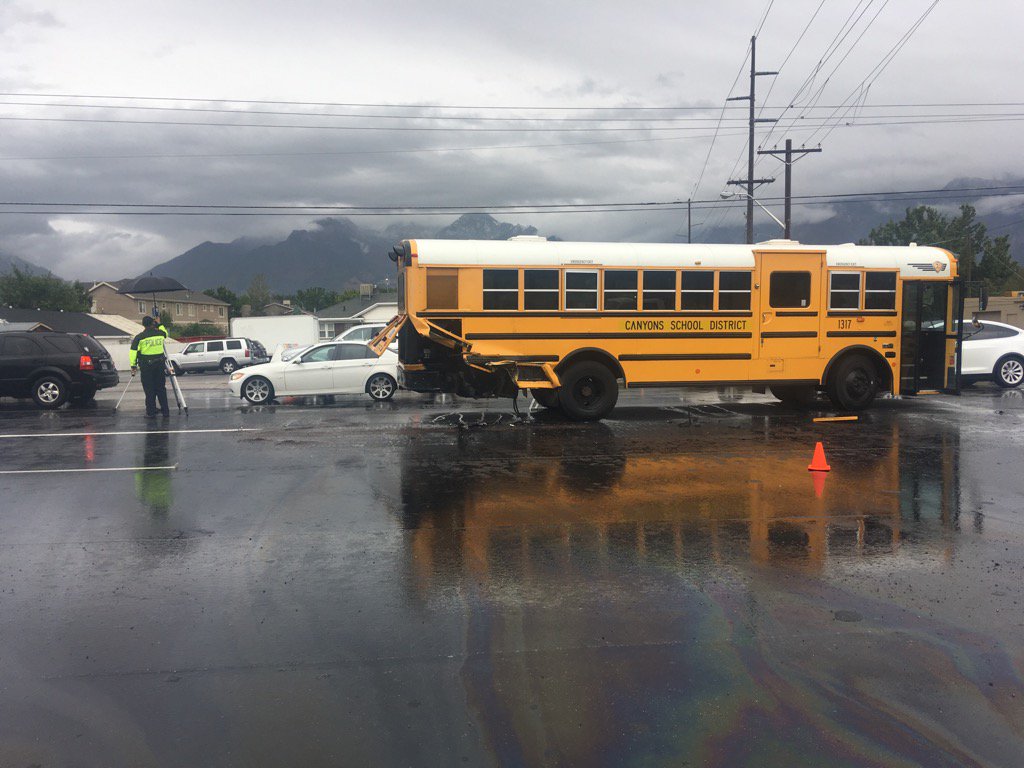