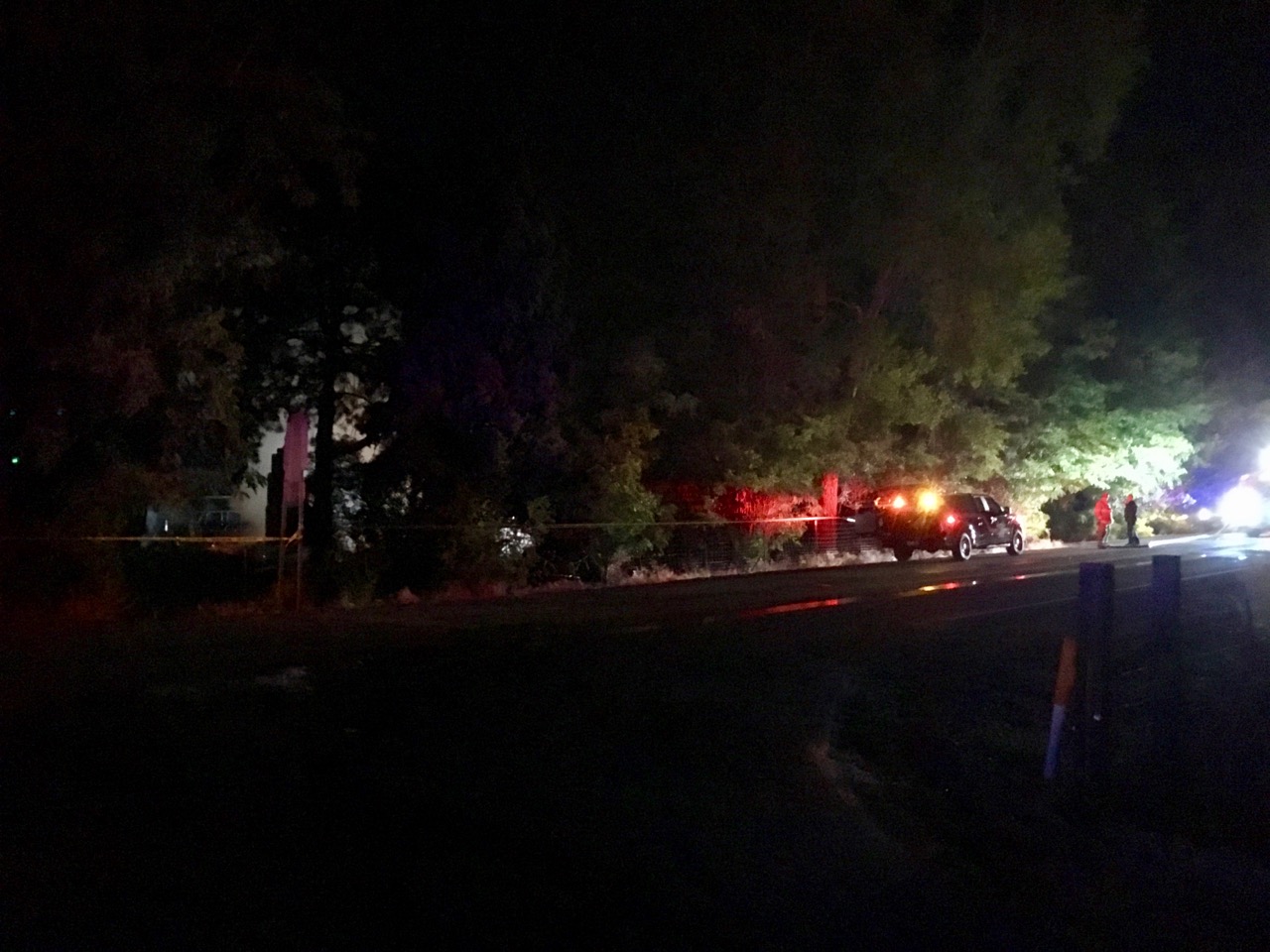 KUNA, Idaho – What started as a home invasion led to an officer-involved shooting and a home burning to the ground with at least one person inside.

One of the people burned in the house fire has been flown to the Salt Lake City Burn Center.

According to the Ada County Sheriff’s Office, a person called 911 saying a person was trying to get into their home late Wednesday night near 1500 block of West Amity Road.

Kuna Police and Ada County deputies arrived to find a man with a long gun coming out of the home.

They told him to put down the gun multiple times but he refused.

A short time later, an officer and a deputy fired at the man then went back inside the home and refused to come out.

Deputies said it is unclear at this point if authorities hit the man or if he fired the long gun he was carrying.

About 15 minutes later, the home was on fire.

Deputies broke out windows and tried to direct the residents out of the home.

Two of the adults inside were able to get out; the third, an elderly woman, was not.

Two of the residents went to the local hospital and one has since been flown to the Salt Lake City Burn Center.

The officer and deputy were not injured.

Authorities have not been able to find the man they shot at who refused to put down his weapon.

Officials said it is possible the suspect was in the home when it burned down.

Kuna Fire crews arrived but said they were limited in what they could do since the man with the gun was still suspected to be inside the home.

Kuna and Meridian fire crews kept the blaze from spreading, but the home is a total loss.