GOLDEN, Colo. – The Golden Police Department has named 63-year-old Mitchell Bradford Ingle as the victim in a murder that is related to the homicide that occured at the University of Utah Monday night.

Police released that they had reason to believe these cases were related in a statement:

“Because of the information received from Salt Lake City Police, Golden Police have reason to believe there are ties between our investigation and the ongoing investigation of the homicide on the University of Utah campus.  The green 2000 Ford pickup truck with Colorado license plates, that was identified in Utah, is registered to the victim found in the trailer in Golden.”

The Golden Police Department said that they were asked to conduct a welfare check on Ingle in his RV. The request came from Salt Lake City Police, as a result of their homicide investigation.

According to a statement made by Golden Police, “Preliminary investigations indicate that the man had been deceased for a few days.”

Austin Boutain was arrested in Salt Lake City Tuesday, and is suspected of killing ChenWei Guo, a student from the University of Utah.  Boutain and his wife Kathleen Elizabeth Rose Boutain were named as persons of interest in the Golden case.

The  Golden Police Department and members of the First Judicial District Attorney’s Office were headed to Utah Tuesday to gather information, and assist Utah Police in the investigation. 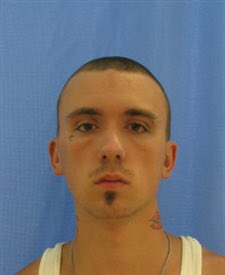