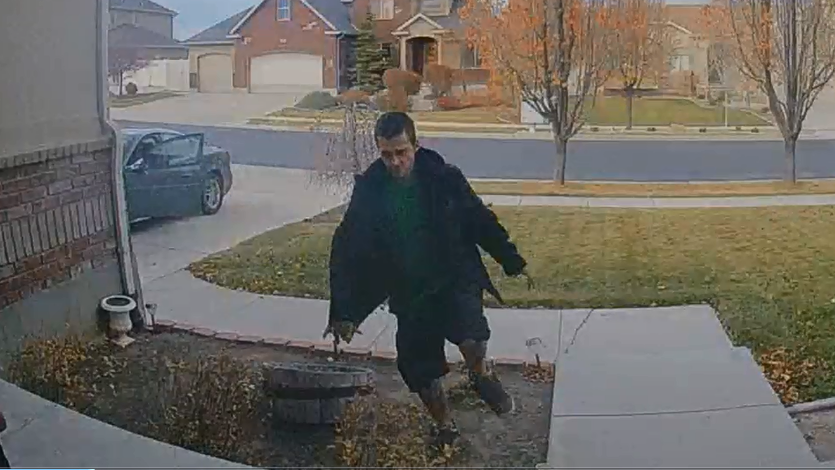 WEST JORDAN, Utah – West Jordan Police are asking for the public’s help identifying a man accused of stealing a package from a porch in West Jordan.

Police the suspect was driving a gray 4-door Pontiac with a sunroof.

Detectives were not able to get the license plate number.