PRICE, Utah – The Price City Police Department is warning residents that a number of counterfeit bills are being circulated throughout the area.

In a post made by police, Price residents were told they should be aware of two types of counterfeit bills.

One type of counterfeits police have seen are bills that have been taped together. Police said, “The perpetrator tapes parts of the legitimate bills to parts of fake bills.”

These fakes can be easily recognized due to the large amount of tape on them, that typically cover the fake portion of the bills so that currency pens do not work.

Pictures of these types of bills can be seen below: 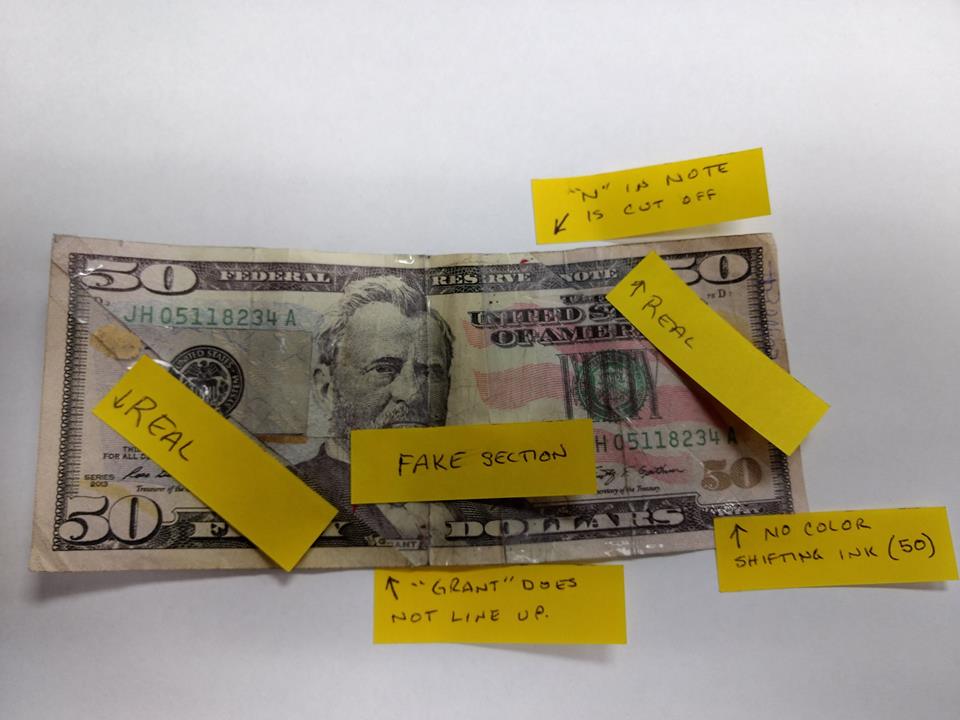 The second type of bills Provo Police said they encountered were Chinese novelty or theatrical bills.

These can be identified by Chinese characters that are printed on the front and the back, and dashed double lines that appear on the corners of both sides.

Chinese bills also have a printed security strip and watermark, which are not displayed like they are on real currency. Real bills only display security features when held up to the light for the watermark, or when tilted, to reveal “100” on the security strip.  These fake bills also do not feel like authentic bills, and are printed on a different type of paper.

A picture of fake Chinese currency can be seen below:

Police are urging anyone who may have received fake currency to call the police department, and visit https://www.uscurrency.gov/ for more information.