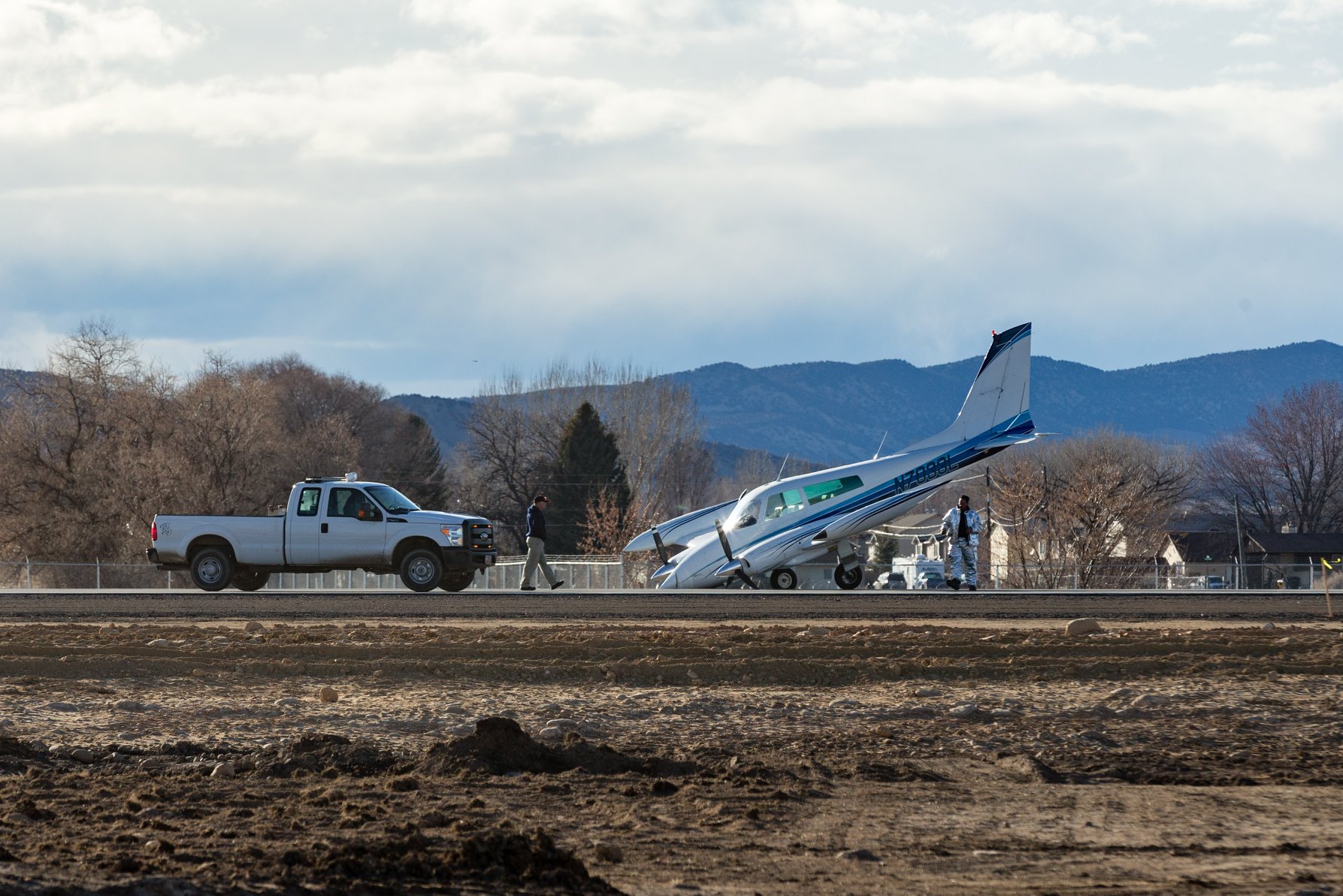 VERNAL, Utah – A flight instructor and his student walked away without injury Friday following a hard landing at Vernal Regional Airport.

Firefighters were called to the airport after the pilot reported that the front landing gear of his Cessna 310K would not lock into place, according to a Facebook post by Geoff Liesik Communications based in Vernal.

The pilot circled the airport several times before landing about 5:30 p.m.

The Federal Aviation Administration is investigating.