LAYTON, Utah – The Layton Police Department is seeking a suspect who allegedly robbed a Key Bank with a gun Tuesday afternoon.

The suspect left the scene in an “older” Honda Civic with faded black paint, no hubcaps, and a temporary registration tag.

No injuries were reported during the incident, but police said a gun was displayed by the suspect.

Police released a surveillance photo of the suspect. The suspect appears to be a white male in his late thirties to forties and was wearing a baseball cap with a black brim, a large pair of sunglasses, and a grey hoodie. 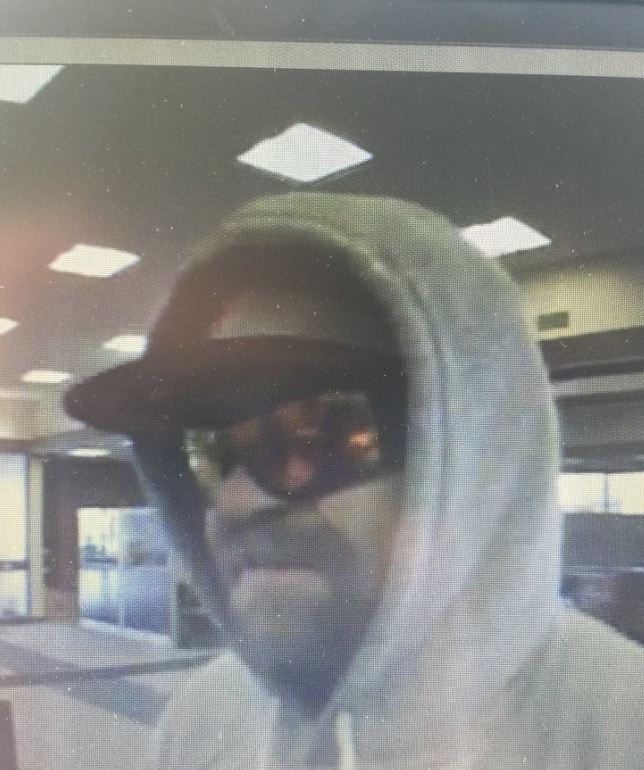 Anyone with information on the suspect or the car pictured above can contact the Layton Police Department at (801) 497-8300.