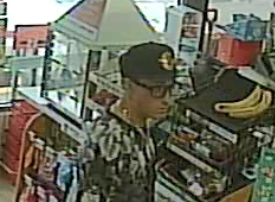 SANDY, Utah – Police in Sandy are asking for the public’s help identifying a suspect accused of stealing a person’s car.

Officers said someone dropped their keys at the 7-Eleven near 10600 S. 700 E. when the suspect allegedly picked them up and stole the person’s car.