According to a press release from the Utah Department of Public Safety, (DPS), the incident happened at 11:13 p.m. at the intersection of SR-89 and SR-132.

The ambulance, which was driving southbound on SR-89, passed SR-132 when an SUV with two occupants did not stop at a stop sign and hit the ambulance broadside.

The ambulance rolled, causing two EMS personnel in the back of the ambulance to suffer non-life threatening injuries.

The driver of the SUV was not wearing his seatbelt, and suffered non-life threatening injuries to his chest, DPS wrote.

All three were transferred to an area hospital in fair condition.

“During the crash investigation, troopers determined the driver of the SUV had been drinking and are in the process of screening DUI charges,” DPS wrote.

Bernabe Castro Guillen, 63, was booked into jail for DUI charges after the accident. 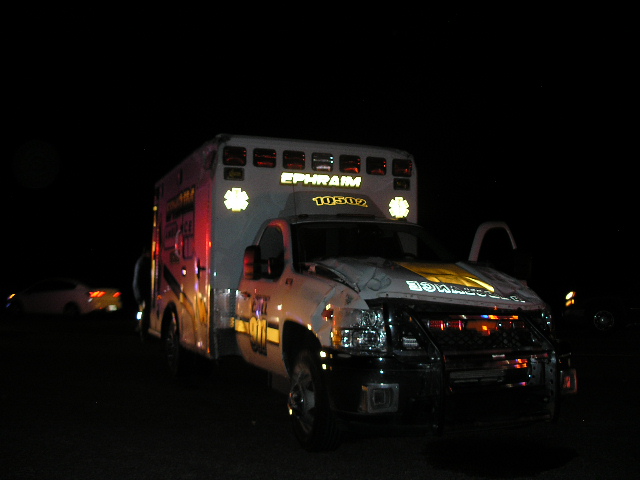