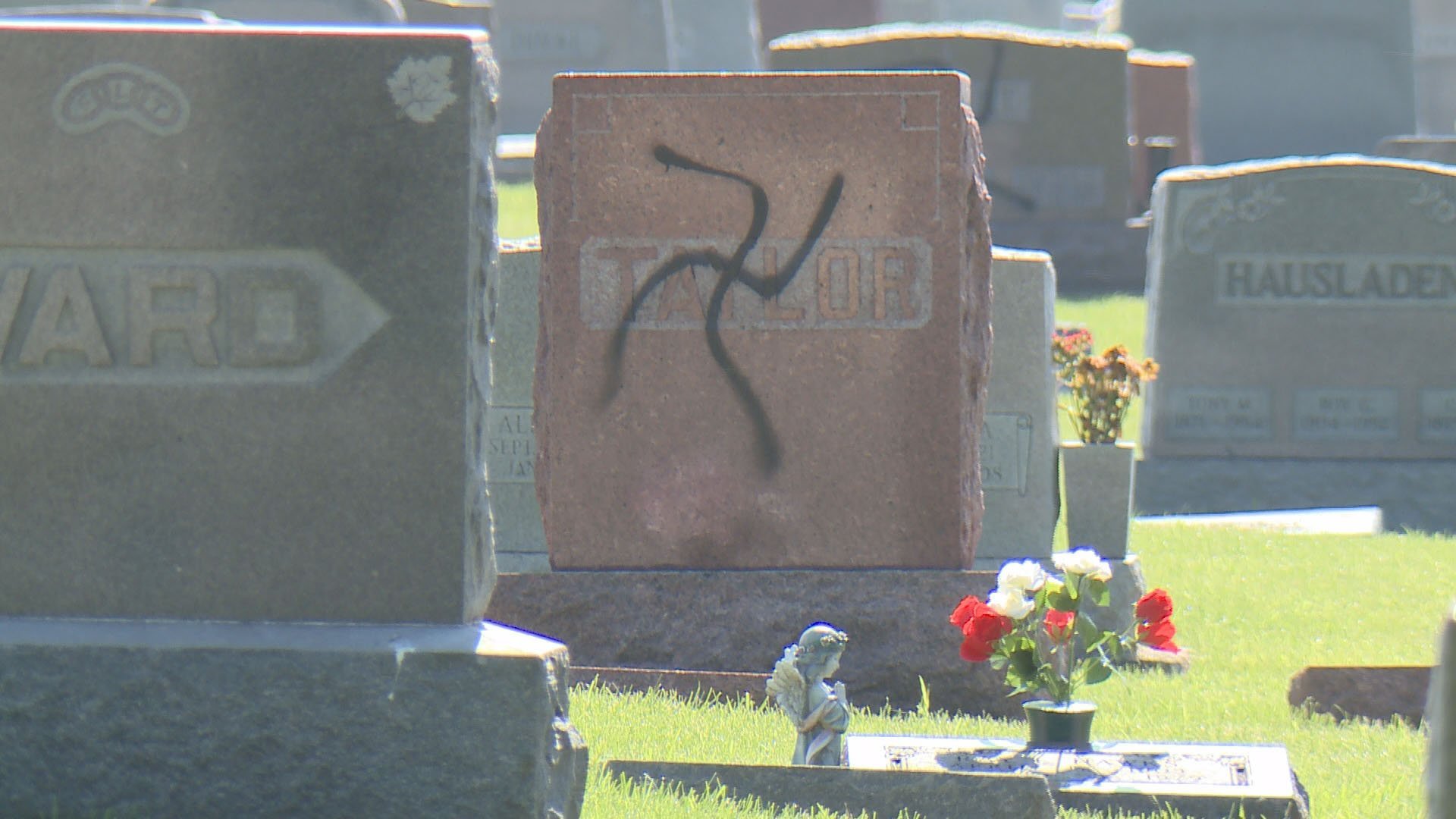 As many as 200 headstones were vandalized with swastikas at a cemetery in Glen Carbon, Illinois, Glen Carbon Police Lieutenant Wayne White said.

Homes in a subdivision in neighboring Edwardsville, Illinois, were also vandalized with swastikas. Police suspect an adult male in both incidents. Edwardsville police released surveillance video of the suspect and stated later Saturday they have a suspect in custody. The suspect is a 34-year-old male and police say charges are pending.

The headstones were spray-painted sometime between midnight and 7 a.m. Saturday morning. 3

The vandalism is being considered as institutional vandalism and possibly as a hate crime, White said.

More than 1,300 veterans are buried at the Sunset Hill Cemetery in Glen Carbon, and officials are working hard to get it cleaned up before a Memorial Day event Monday, CNN affiliate KMOV reported. Glen Carbon is located about 20 miles northeast of St. Louis.

The cemetery is non-sectarian, according to the Sunset Hill website.

“To disrespect the dead like that…I mean, it just ain’t right,” John Lake, who stopped by the cemetery on Saturday morning to see if family graves were vandalized, told WMOV.

Last year, a flurry of swastika vandalism was investigated by police in Chicago, Houston and New York City.

In Chicago, the window of a synagogue were smashed and swastikas put on the front door, and in New York, swastikas and Nazi slogans were scrawled on a subway train car.