LAYTON – A 14-year old male is in critical condition after Troopers say the driver of his vehicle fell asleep at the wheel and caused a three-car collision on I-15 Saturday night.

According to Utah Highway Patrol, the 18-year-old driver of the red Acura drifted off the road near mile marker 332 on I-15 northbound just after 3 A.M.

When the Acura bounced back into oncoming traffic, troopers say, it was struck by a Ford Flex and the 14-year-old passenger was ejected.

UHP says after the first collision the 14-year-old and the Acura were struck again by a Nissan Z.

The 14-year-old passenger was taken to Davis Hospital where he was then flown to the University of Utah Hospital and Primary Children’s in “extremely critical condition.”

The 18-year-driver of the Acura was taken to an Ogden hospital with head and leg injuries. Police say neither occupant in the Acura were wearing seatbelts

The 43-year-old driver and passenger of the Ford Flex were transported to the hospital with injuries, meanwhile, the driver of Nissan Z was received minor injuries, but did not need immediate medical attention. All occupants of the other involved vehicles were wearing seatbelts.

Troopers say the driver of the Acura had worked a 12 hour day before visit family in the Salt Lake area, and driving home late that night.

The 14-year-old male was a cousin to the driver and from the Fillmore area. 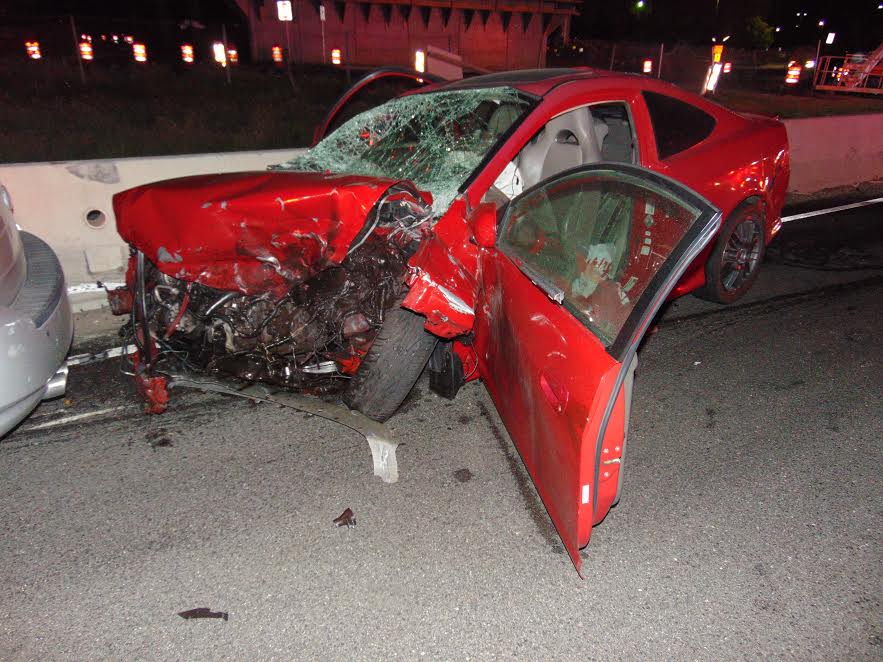