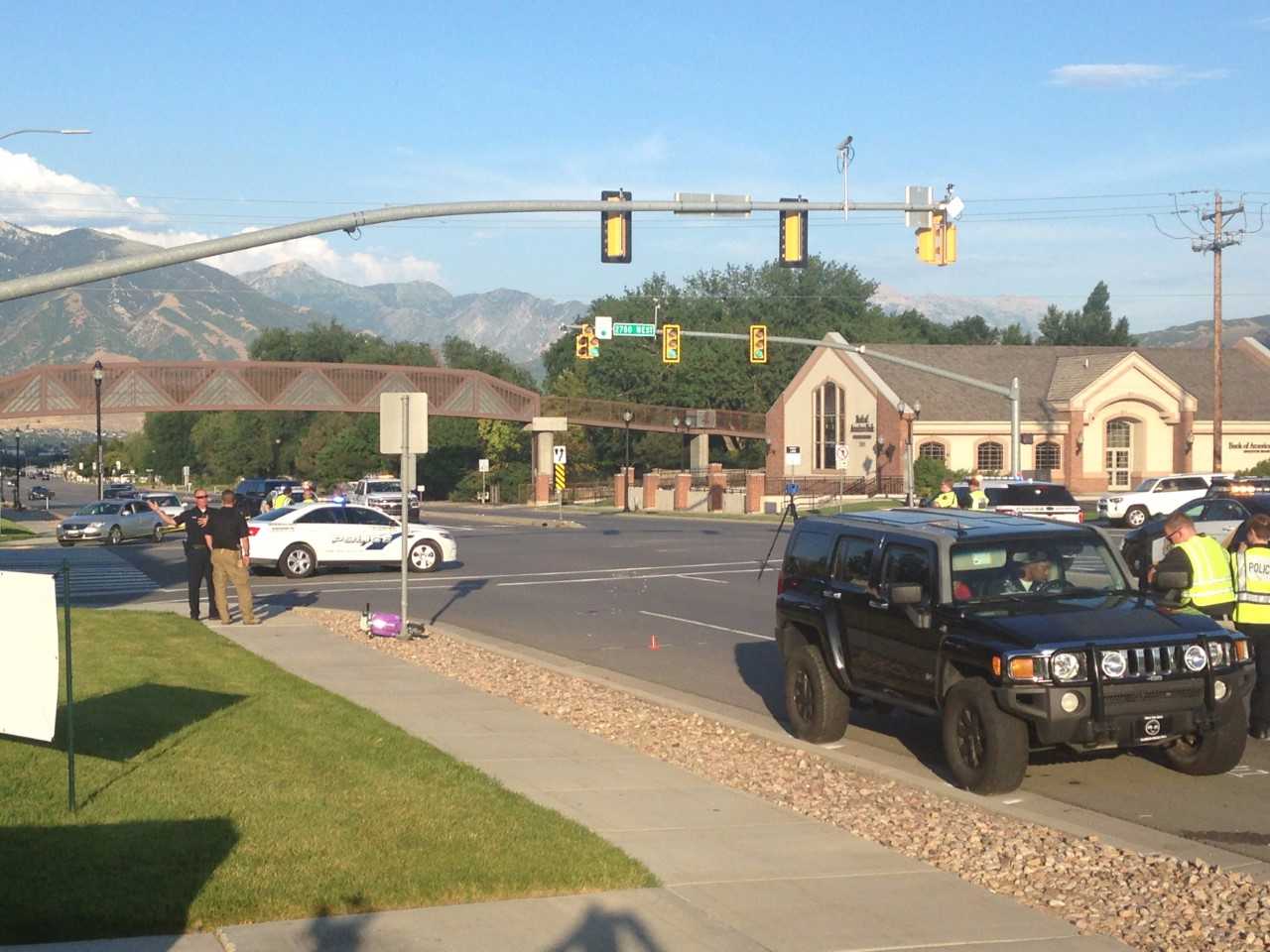 RIVERTON, Utah – A young boy was hit by a car in Riverton Friday evening.

He was riding a battery powered scooter southbound on 2700 West and rode into the intersection of 12600 South against the traffic light, Unified Police investigators said.

A Hummer H-3 clipped the boy and his scooter, and he was airlifted to a hospital in critical condition.

The boy is described as a Hispanic male around seven or eight years old.

At first, police asked news operations to put the word out because they were trying to find a parent or guardian.

The boy’s mother did show up a few minutes later.

The investigation is still underway.