DRAPER, Utah -- A firefighter from Utah was killed while fighting the Mendocino Complex wildfire in California Monday.

"Draper deployed five firefighters to California on August the second, and the team has worked tirelessly to protect lives and properties," Draper Mayor Troy Walker said. "The entire community of Draper is grieving his loss."

Burchett, 42, joined the Draper City Fire Department in May of this year, and prior to that he served for 20 years with Unified Fire Authority. He had extensive experience fighting wildland and structure fires, Walker said.

Burchett leaves behind a wife and a son. Walker said they are coordinating memorial services as well as a fundraising account to benefit Burchett's family. He said they will be releasing more information about those plans in the future.

The Utah Division of Emergency Management says they are coordinating with officials in California to bring Burchett home to Utah.

"This is not only a loss for our fire department, but a loss for all fire departments in the nation," Walker said, expressing appreciation for the support they have received from agencies around Utah and across the country.

Walker said the other firefighters they sent to California have been pulled from fire lines and have been with Burchett since his death. Walker said they anticipate that crew will return to Utah.

"These men are American heroes," Walker said. "They literally stand in the fire and help other people. I don't know how you get better than that. I know [Burchett] was proud to do it, every one of them are."

Draper Fire posted several photos of Burchett and his family back in June when he was sworn in as Battalion Chief. 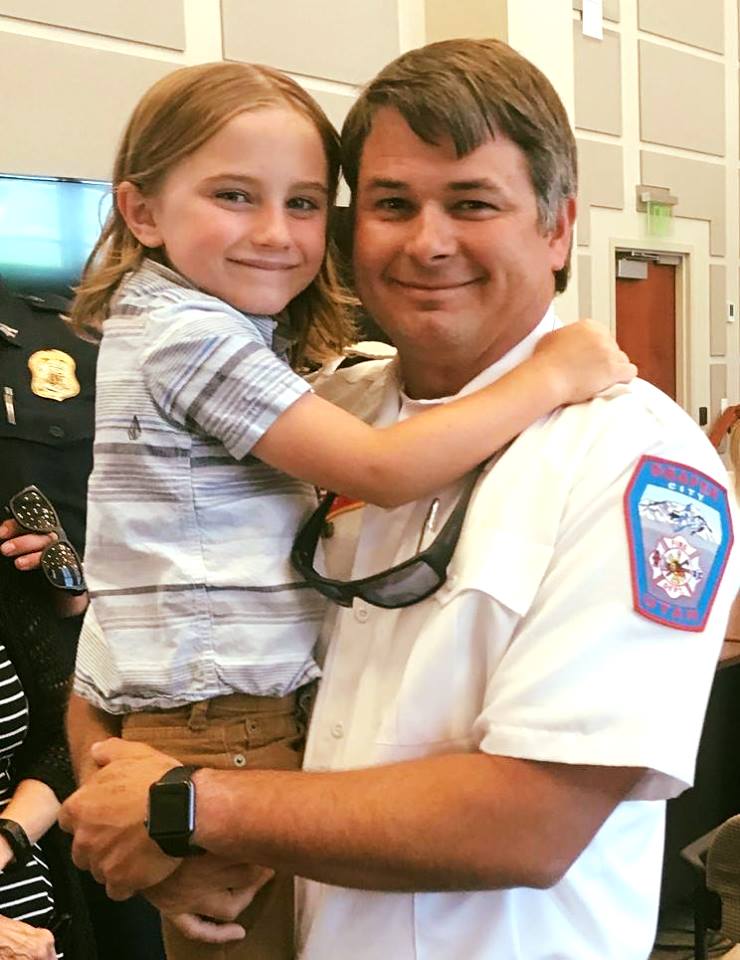 Chief Kavanaugh, a unified incident commander on the Mendocino Complex Fire, confirmed the fatality in a press conference Monday night.

"We are here to confirm that we've had a firefighter fatality on the Ranch Fire within the Mendicino Complex tonight," he said. "A firefighter from Utah was working on an active portion of the fire, where he was injured this evening. The firefighter was airlifted to a local hospital, where he succumbed from his injuries. We are extremely heartbroken for this loss."

According to Cal Fire Public Information Officer Heather Williams, Burchett was injured when a tree fell on him while he was fighting the fire.

Draper City said Burchett was injured near Pillsbury, California and say advanced life support was given immediately before he was airlifted by a Medevac helicopter to Ukiah Valley Medical Center.

The fire is the largest wildfire recorded in California state history and is burning in steep and rugged terrain.

Several fire agencies in Utah have expressed their sympathy and support, and Utah Gov. Gary Herbert also issued a statement.