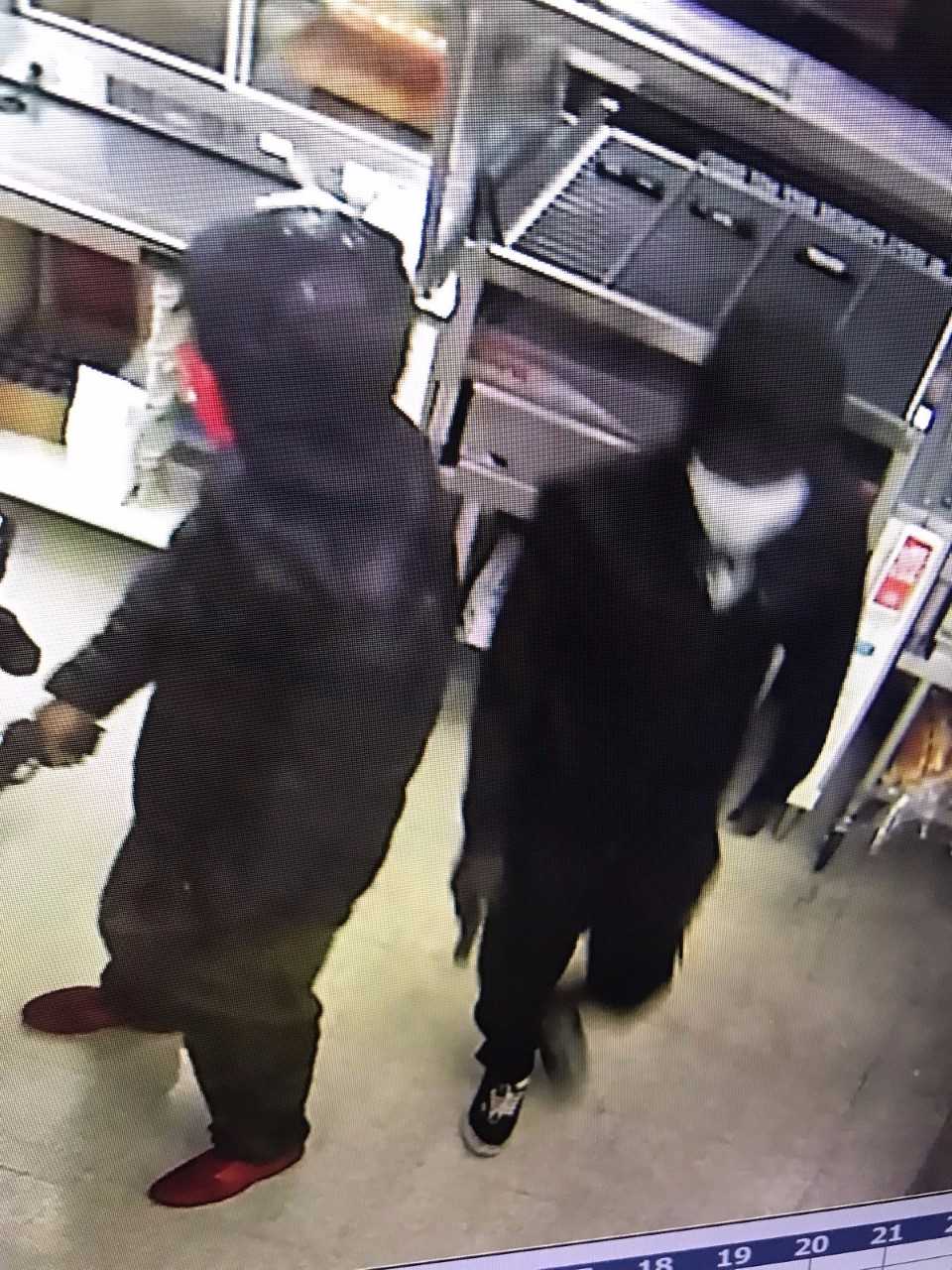 SALT LAKE CITY — Officers from three different police agencies are looking for two men in a string of armed robberies across the Salt Lake Valley.

Just minutes later, police responded to a second armed robbery, this time in Midvale. It took place just after 4:00 a.m. at a 7-Eleven near 8000 South State Street.

Police say it appears the same two men carried out each robbery.

According to Sgt. Jason Nielson with the Sandy Police Department, the robbers fled the area about a minute before officers arrived.

They are described as two African-American men in their mid-20s.

One was wearing a black jacket with the hood up, a white bandanna, black sweatpants with white stripes down the side, and black shoes with white laces.

The other wore a dark blue jacket with the hood up, a red bandanna, tan pants, and white shoes.

No vehicle description is available.