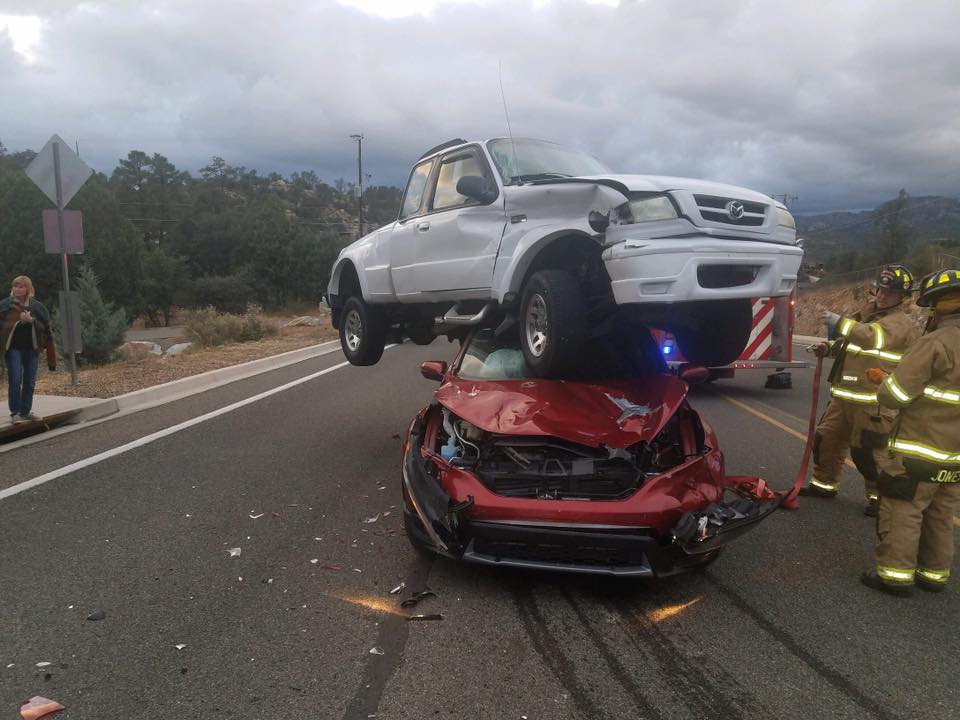 When firefighters rushed to the scene of a three-vehicle crash in Arizona, they were braced for the worst.

A white pickup was sitting on top of a red sedan after what looked like a deadly collision with a black car.

But remarkably, no one was injured in the freaky accident, according to the Yavapai County Sheriff’s Office. And that is because everyone was wearing seat belts, authorities say.

The woman who was driving the white pickup told local officials she was northbound on Williamson Valley Road when a black truck traveling in the same direction in the lane next to her made contact, causing her to lose control.

She went into oncoming traffic on the southbound lanes and hit a black car, she told officials. This impact caused her truck to flip through the air and land on top of the red sedan.

All the occupants in the vehicles involved — two people in the red sedan, plus one each in the black car and white truck — were unharmed.

Officials say everyone was wearing seat belts and that proved to be a lifesaver:

“All the people involved were wearing their seat belts,” Yavapai County Sheriff’s Office said in a press release. “This is the second accident this week where the use of seat belts has helped avert a tragedy and firefighters would once again like to remind everyone that the use of this simple device saves lives daily.”