SUMMIT COUNTY, Utah — Westbound I-80 is closed at Emory in Summit County due to a semi truck catching on fire Wednesday afternoon.

The Department of Public Safety released a statement on the incident.

DPS said the truck driver hauling Wal-Mart products smelled smoke while driving west on I-80 at approximately 1:17 p.m. and immediately pulled to the right should of the roadway.

After the driver pulled over, DPS said the truck and trailer immediately caught fire and became fully engulfed. According to DPS, the fire spread across the roadway and burned the grass in the center median.

Eastbound traffic was not affected, but westbound lanes are currently closed at milepost 181 at Emory in Summit County until firefighters are able to suppress the fire.

Summit County tweeted about the contents of the truck - canned goods like Spaghettios  -and said there is not currently an ETA for the lanes opening.

Here's what we now know about the semi fire in Echo Canyon:
* 36' semi loaded with Spaghettios, Raviolis and other canned-delights caught on fire.
* I-80 wb mm 180/181 closed both directions.
* No ETA for opening.
* No diversion route available.
* No reported injuries. pic.twitter.com/Dhg44u5q3J

This is a developing story. Check back with Fox 13 for updates. 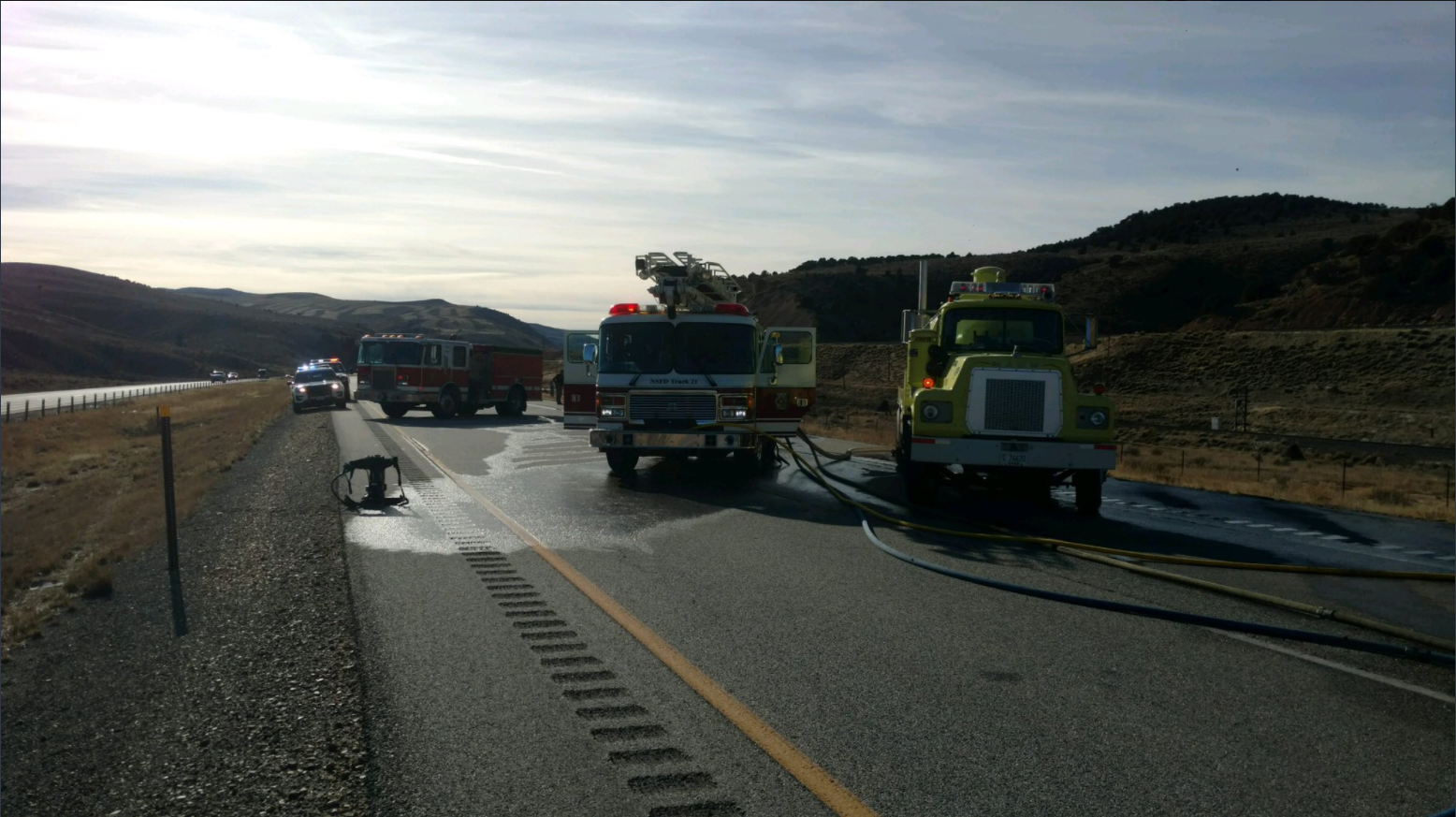