Click here for more information on how she was returned home.

DRAPER, Utah — Police in Draper are asking for the public’s help locating a missing 14-year-old girl.

Paryn Peterson, 14, was last seen on Thursday, a post made by the National Center for Missing and Exploited Children said.

She was described as a white female, with brown eyes and brown hair. She is five-foot-one and 125 pounds.

Peterson’s hair may be dyed and she has a pierced nose.

The post stated that Peterson may be in need of medical attention.

Sgt. Todd Crane with the Draper City Police Department stated that Peterson left a note to her family, saying that she was with someone the family didn’t know and that she would be gone for a year and would not be back.

Investigators said Peterson may still be in the Draper area.

Photos of Peterson can be seen below: 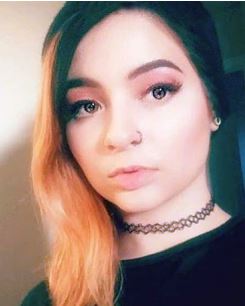